Maxwell Jeffery
Published: Sep 9th, 2020, 14:07
Those who are excited for Crash Bandicoot 4: It’s About Time can now play an exclusive demo of the upcoming title, but only if you’re willing to spend the pre-order money. Pre-ordering your copy of Crash Bandicoot 4: It’s About Time will net players access to the game’s demo on 16th September, announced Activision on Twitter. Fans will be able to play through the Snow Way Out and Dino Dash levels of the game.

Can’t wait until October 2nd? Pre-order the game digitally and get access to the #Crash4 Demo, available September 16. 🎮 https://t.co/cmaigiEWRq pic.twitter.com/A9QayoXRlT

However, in a strange new move, Activision has only made the demo available to fans who pre-order a digital copy of the game from the PlayStation or Xbox store. What’s more, this demo can only be played by those who have paid for the game already, making it less of a demo than an early-trial of a product you’ve purchased. 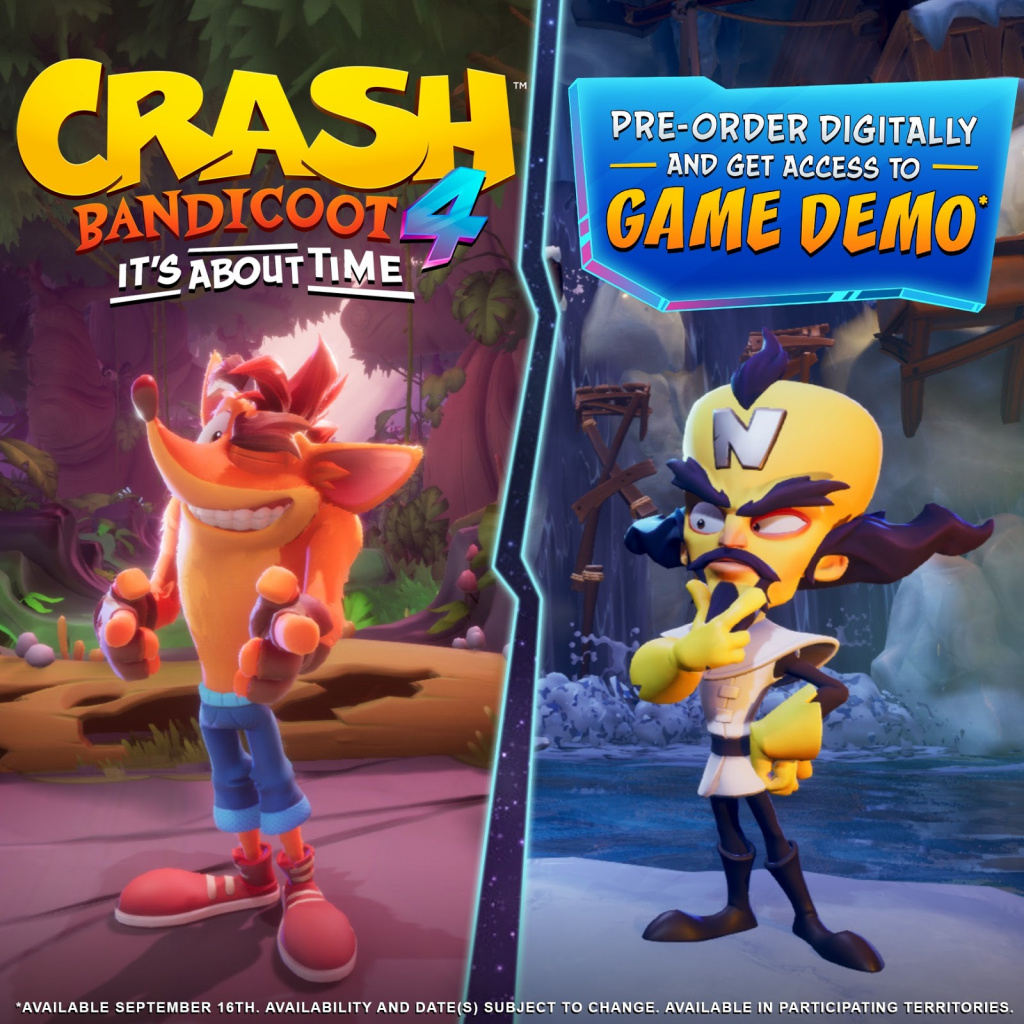 Several fans took to Twitter to complain about this issue, pointing out that a demo should be free in order to convince players to purchase the product after playing it. For years, the concept of a demo was something that was given out as marketing, not something that must be paid to access.

Pre-order a game to be able to test it out and see if I like it? Think i'll pass.

Pre-order a game to be able to test it out and see if I like it? Think i'll pass.

I always thought that demos were meant for those who HAVEN'T decided to buy yet, but live and learn 🤷

The demo gives players access to two levels where they can play as Crash Bandicoot, but the villainous Neo Cortex is also playable in an alternative timeline of Snow Way Out. Those not willing to pre-order the game, or those wanting to wait for a physical copy will have to wait to get their hands on the game.

Crash Bandicoot 4: It’s About Time releases on 2nd October for PlayStation 4 and Xbox One. The demo will be available from 16th September.