How Draft and Constructed can coexist in CCG esports For a card game to be successful, it needs to have multiple ways of being played. Weâ€™ve seen tyrants like Hearthstone cater for both its casual and competitive player bases. Whether you wish to â€œtry-hardâ€ on the ranked ladder or chill out to play its adrenaline pumping Tavern Brawl mode, the decision is yours. But recently, weâ€™ve seen many CCG fans debating the integrity of a particular competitive mode, namely constructed. This is a debate that was brought to light with the release of Valveâ€™s long-awaited DOTA 2 card game, Artifact. After a closed beta lasting six months that was strictly exclusive to the CCG elite, the game was released to many praising its complexity but slating its business model. However, it was impossible to ignore its esports potential and the developers certainly didnâ€™t. Even before the game had entered beta, Valve had announced an esports scene with a million dollar prize pool. But currently, the main format for tournaments has been the draft mode, essentially the â€œTavern Brawlâ€ of Artifact, while its Constructed mode has been at the forefront of criticism for being â€œboringâ€ and â€œpredictableâ€. This raises the question of why most people would prefer to play draft as a competitive game mode, which essentially involves building a deck out of random cards shown to you. You might be lucky enough to draft an Axe, who at one point was worth $30+ on the Steam market, or you may be lumbered with a bunch of mediocre heroes like Outworld Devourer and Rix. 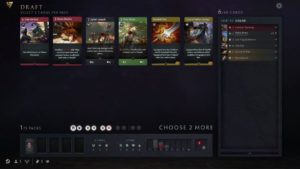 Thereâ€™s no denying the skill needed to craft the best deck available to you and playing it to the best of your ability, but thereâ€™s always the possibility of queueing into a player who simply got offered better cards than you. Is this how Valve want the future world champion of Artifact to be decided? Constructed, on the other hand, allows you to build your own deck with every card available to you. Some games like Magic: the Gathering may limit you to whatâ€™s currently in rotation, but thatâ€™s due to the sheer size of their card pool, with thousands in circulation. Itâ€™s this freedom that allows you to explore various synergies and is how a â€œmetaâ€ evolves. Weâ€™ve all played our favourite CCG on day one of a new season and witnessed the carnage unfold. New expansions, buffs and nerfs to cards that were meta-defining last season, everybody is experimenting. But with every meta comes a set of â€œanti-metaâ€ decks, which are often what players will bring to tournaments. These consist of cards that may not be the most viable but are teched to counter a specific matchup. Itâ€™s this unique approach that is one of my favourite things about playing constructed. In contrast, youâ€™d think somebody like Adrian â€œLifecoachâ€ Koy, retired poker player turned world-renowned CCG extraordinaire, would be strongly against the variance of Artifactâ€™s draft mode. He is, however, one of its biggest advocates. Praising TaKeTVâ€™s Artifact events, he recently tweeted, â€œHope they will do many more and hope they will be draft mode.â€ 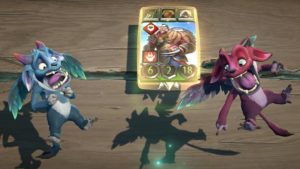 Perhaps the main reason for this falls on the limited card pool. Artifact is a young game and most closed beta veterans have â€œsolvedâ€ the meta. If you want to do an Expert Constructed run, nobody can blame you for playing a top tier deck. Therefore, the variance of draft mode opens players and viewers up to a wider diversity of plays. That said, players continue to experiment and new decks emerge. While everyone else was playing Red/Black Aggro or Red/Green Mana Ramp, George â€œHypedâ€ Maganzini won the first WePlay Artifact tournament with a Blue/Green combo deck that only one other player brought. Itâ€™s now considered one of the strongest decks in the game and players are busy theory-crafting decks to counter it. As the game blossoms and new expansions are released, the card pool will increase and bring with it countless new deckbuilding opportunities. Valve themselves recently tweeted some statistics. 53.7% of total Artifact games played have been in draft while the remainder were constructed gauntlets. This is far from an overwhelming majority and demonstrates how draft and constructed can co-exist. Newcomers can happily learn the game through phantom and keeper drafts until they have a better understanding of the card pool. They can then use the cards they acquired from rewards to take to the constructed ladder and decide for themselves which game mode they prefer.