Baldur's Gate 3: What we know so far and a date for early access

GINX
Published: Aug 22nd, 2020, 21:32
Developers of critically acclaimed Divinity: Original Sin 2, Larian Studios, are starting to reveal more of their next big project, Baldur’s Gate 3 - the successor to one of the most beloved RPG franchises in history. It’s a match made in heaven, and the news so far doesn’t disappoint. Baldur’s Gate 3 is set to be an unprecedented feat of RPG development - with choices that matter more than they ever have in games, and a depth and breadth to the world that seems staggering. Fans of both Larian Studios - who created critically acclaimed Divinity: Original Sin 2 - and the Baldur’s Gate franchise, in general, have been chomping at the bit to get their hands on this hotly anticipated game.

Fortunately, they won’t have to wait too much longer, as Larian Studios have finally announced that BG3 will be available in early access from 30th of September this year! But until then, here’s what we know about the game to tide you over...

Where it all starts

The game is set to begin in extravagant fashion. You, the player, start as a prisoner of the illithids, otherwise known as mindflayers, Cthulu-esque monstrosities of the Underdark who eat the brains of the mortal races and are one of D&D’s most notorious villains. Trapped aboard their flying ship, you are subject to horrific torture, including having some sort of parasitic worm inserted into your brain via your eye socket. It’s as nasty as it sounds.

And then all hell breaks loose - quite literally.

Because not only are you a prisoner on a flying ship, the illithids who captured you are being chased by red dragons - another D&D classic. To escape, the mindflayers make a desperate choice to portal to another plane.

They choose Avernus - the first of the Nine Hells. Unsurprisingly, it turns out to be a bad idea. For one, the dragons are not deterred and follow the mindflayers. For another, they port into an active conflict - the eternal Blood War between devils and demons over the ownership of Avernus. They are not pleased about these interlopers.

That is your situation at level one. Devils, demons, mindflayers, and of course, dragons. Your mission will be to take control of the illithid ship (a “nautiloid” for those who know their D&D Lore) and find your way back to the city of Elturel and Faerun at large. Even once you have, there’s still that small issue of a Mindflayer parasite festering in your brain, and there’s this oh-so charming devil by the name of Rafael who’s offering you a solution - a deal, as it were… 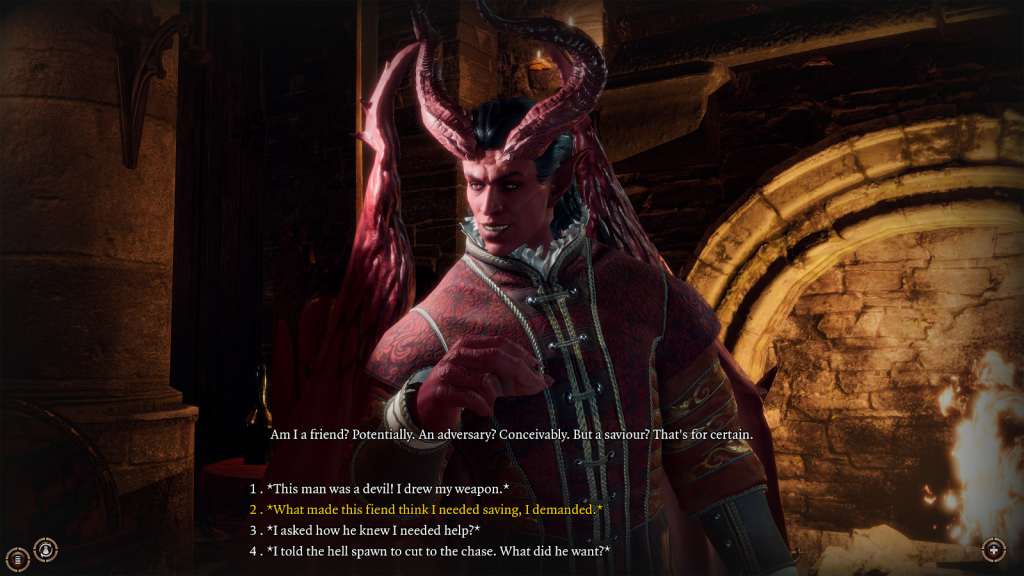 Rafael comes offering you a way to deal with that mindflayer parasite problem - for the low, low price of your soul (Picture: Larian Studios)

Most of the content is done! With a few caveats...

Fans can breathe a sigh of relief. According to Swen Vincke, Creative Director at Larian Studios, all the content is in (“pretty much” was Swen’s phrasing - take that as you will), and Larian have managed to get their recording studios back online with an aim to record the final touches this month.

In fact, says Vincke, they would have already released an early access version of the game if it weren’t for falling into some of their old traps, with the frustrations of Covid-19 layered on top. Adam Smith, Senior Writer, put it this way: “[we want] to make sure this world is as reactive as we can possibly make it… what we find is that somebody within a team or somebody within a different department will say, “well, I’d love to do that” or… “I’m gonna break the timing of this”… and we don’t say no - we say yes.” 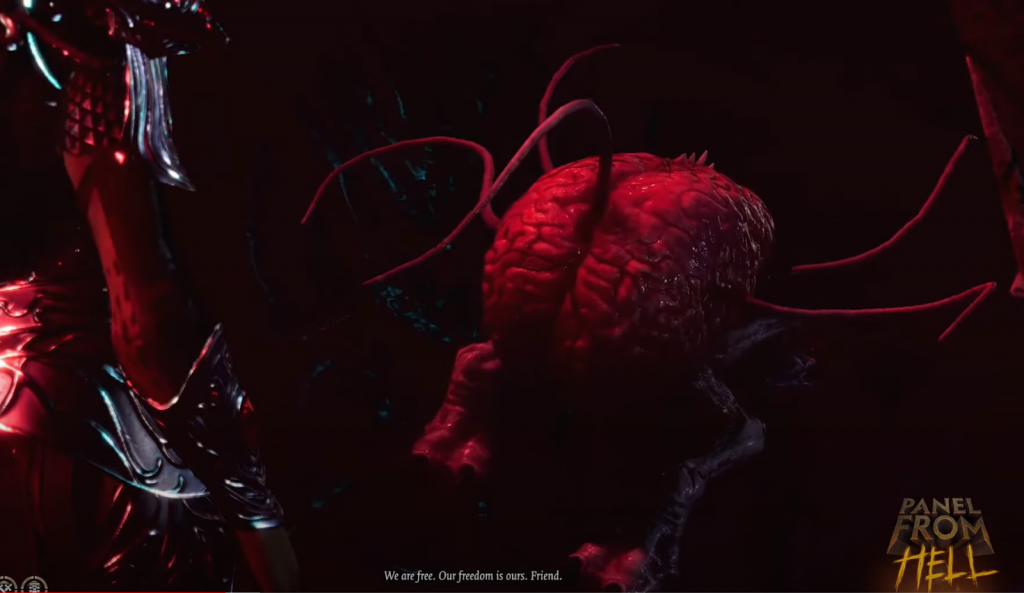 Agreeing to work with an intellect devourer may not be the wisest choice… (Picture: Larian Studios)

That approach adds to satisfaction, to immersion, to depth, with every decision potentially playing out with ever more options. It’s how Baldur’s Gate 3 has ended up with infinite range for familiars, as an example, and all the crazy things that can lead to. Another would be “Us” the walking talking brain, better known as an intellect devourer, that was added to the game only recently.

However, it does also add complexity, and that has inevitably pushed production schedules back somewhat. Something that has become increasingly common over this year, within multiple studios.

All of that should take you up to level 4, which is fairly significant within the ruleset of D&D, allowing the player to pick both a sub-class at level 3 (a rogue becoming an assassin, for example) and a feat at that level 4 break point.

Larian Studios have been a little more reticent to reveal the extent of what classes and races will be available to players in early access, but rogue, fighter and ranger, and therefore most likely all the base classes from D&D 5th edition, are set to be available to play. 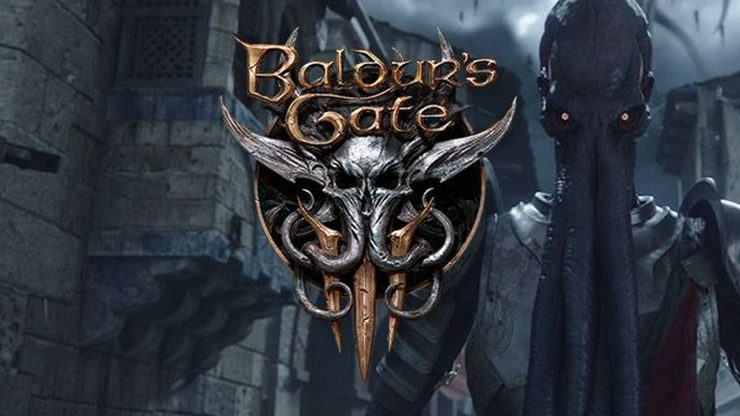 Five companions will also be available to recruit during early access: Wyll, the human warlock, Shadowheart, a dark cleric on a mission from her goddess, Astarion, a vampire spawn with all the interesting mechanics that entails, Lae’zel, the githyanki warrior seen in the released cinematics, and Gale, the human wizard with “more things going wrong inside him than just the [mindflayer parasite].” There are set to be more companions available in the final release of the game, but for now, it’s these five characters who players will be adventuring with in various permutations.

Sadly, there’s set to be no multiplayer for early access - at least straight away - nor will you be able to play these “origin” characters, a la Divinity: Original Sin 2, until the full release. That said, LAN, split-screen and multiplayer proper are in the works, they just won’t be there from the get-go.

Oh, and allegedly, there’s a bulette. And it just turns up at random. Start preparing for jump-scares now... 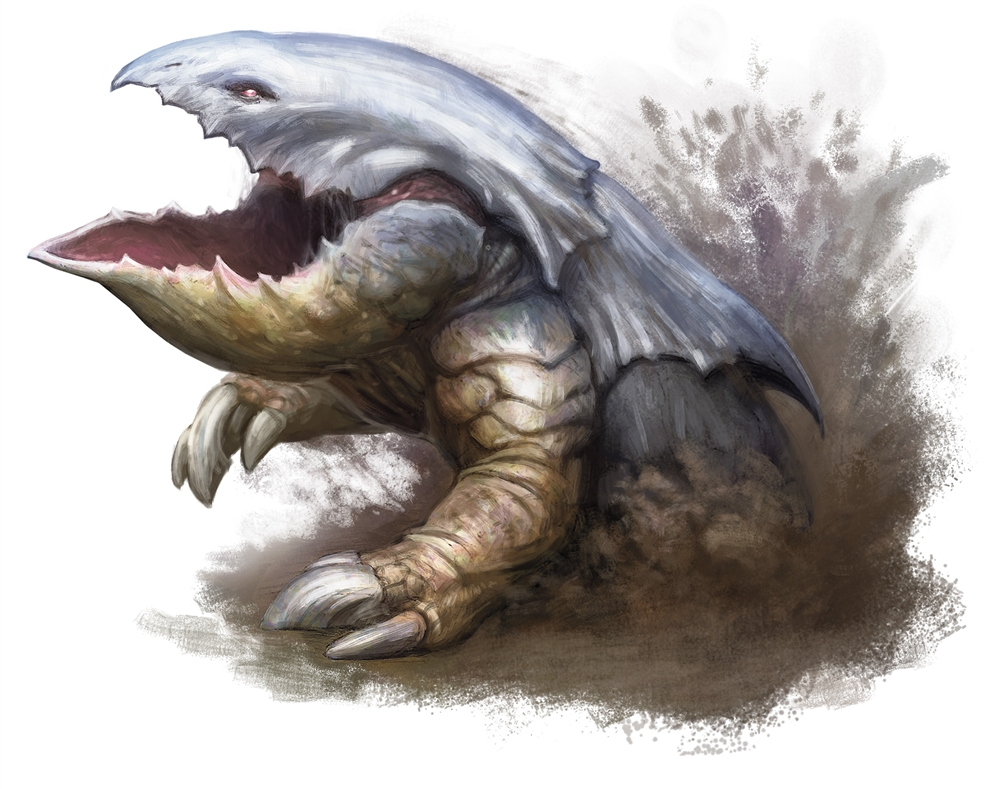 The great and mighty bulette is an opponent in early access. Good luck versus the landshark. (Picture: D&D Beyond)

You can recruit an owlbear!

Choices matter in RPGs. It’s one of their core selling points. In Baldur’s Gate 3, Larian Studios are really trying to push this to the next level. One sequence of choices that Larian Studios have recently shown the community can lead the player to recruiting an owlbear cub.
You read that correctly. Solid animal handling checks, correct decisions and some very healthy dice rolls are all required, but it is more than possible to recruit one of D&D’s most adorable and simultaneously vicious creatures. 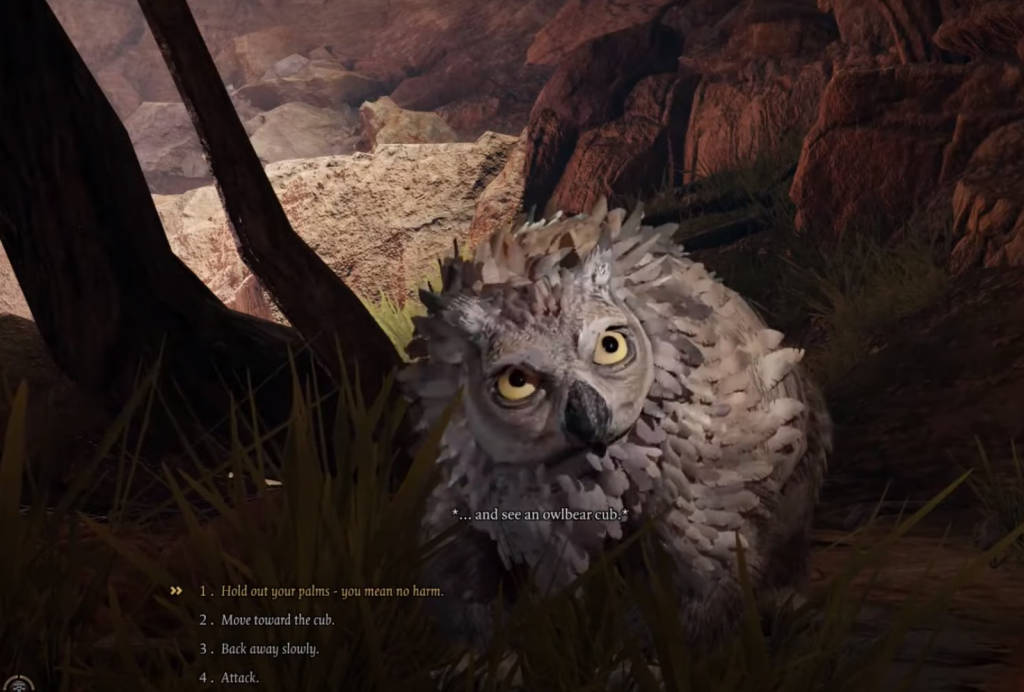 It’s so fluffy! Just make sure it doesn't eat your dog back in camp. No, seriously. (Picture: Larian Studios)

The problem is, after multiple run-ins with the cub needed to recruit it, all the other decisions you’ve made come into play. Who else is in your camp? How good is your animal handling? Wait, did you leave your dog unattended next to the oh-so fluffy predator…?

And that is what BG3 hopes to push. All those decisions you make come with consequences. The owlbear cub you recruited might now eat your dog, if you don’t plan right. And that’s all without covering all relationship drama that your character and paramour(s) can find themselves in. Romance is something that has been notoriously shallow in RPGs of the past, to the extent that studios like Obsidian refuse to do them, and Larian is looking to break that mold here as well with the choices you do or don’t make.