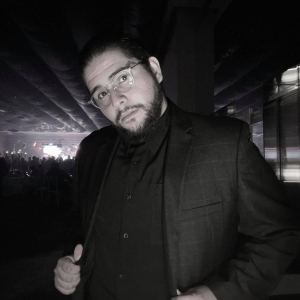 Aleks "Waletzaro" Cardona
Published: Jan 14th, 2022, 20:45
The Owen Gun has become a meta weapon in Warzone Pacific and with the mid-season update, we will tell you how to build the best loadout for Caldera. The mid-season update of Call of Duty: Warzone Pacific is out, and with it, we had several adjustments for some weapons that will make us go through the full inventory once again and figure out our best loadout for every situation.

One of the most used weapons among players has been the Owen Gun submachine gun but it has found its way to becoming a meta weapon in the right hands.

Although naturally, it won’t compete with other higher ranked SMGs like the MAC-10 or the Bullfrog, with the right attachments the Owen Gun can be something to watch for when you step foot in the tropical terrains of Caldera.

To start off, we will sacrifice some ADS speed as we pair the Recoil Booster along with the Hockenson 142mm Rapid which will slow us down a little bit but offer us a considerable boost on fire rate, head damage and accuracy. The Gawain 188mm Shrouded can definitely be an alternative if you are not that confident landing headshots.

The G16 2.5x will give us a clear view from mid distances while using the Removed Stock will allow us to recover some of the mobility and ADS speed we lost with the rest of the attachments.

In order to further bolster the damage of the Owen Gun, we will equip 8MM Kurz 60 Round Mags with some Hollow Point ammo while gaining accuracy and recoil control with the Carver Foregrip + Stippled Grip combination.

For our perks, we will pick Steady to reduce some movement penalty when firing and Fully Loaded to start our loadout with full charged ammo.

Best perks and equipment for Owen Gun in Warzone Pacific

We are going to use the Double Time perk to move sneakily and rapidly throughout Caldera while being undetectable because of the Ghost perk. The Amped perk will give us more speed while switching weapons.

The Top Break handgun has easily become one of the best secondary weapons in Warzone Pacific. The Thermite will offer us a sticky, explosive attack while the Stun Grenade could get us out on top in troubling scenarios.

For more Call of Duty news, be sure to check out our dedicated section or some of our MW2 Guides & Tutorials below:

How To Check Kill Death (KD) Ratio in Modern Warfare 2