Genshin Impact will arrive on Epic Games store on June 9

by Tousif Biswas
Players will get a free bundle for wish-listing Genshin Impact on Epic Games Store. Published on June 2nd, 2021
miHoYo announced the launch of Genshin Impact on the Epic Games Store on June 9, 2021. After a massively successful run across PlayStation 5, PlayStation 4, PC, Android, and iOS, it was perhaps just a matter of time until it turned up on other platforms and digital stores. Now players from the Epic Store can join in the fun of the magical world of Teyvat.

miHoYo is celebrating the launch with a special gift 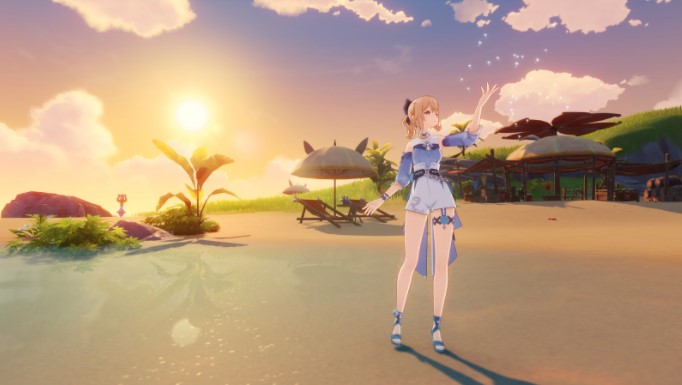 Starting today, the game is already available for wishlist in the Epic Games Store. To prepare themselves for the magical adventure, players will be receiving an exclusive bundle of rewards for adding the game to their wishlist. Also, they can earn an in-game bonus with the “GenshinEpic” redeem code which can be used on the launch day.

Genshin Impact will come to the Epic Games Store on June 9, 2021, coinciding with the release of the game's version 1.6 patch. miHoYo has already confirmed that the players from PlayStation, PC, Android, and iOS will be able to play co-op with their friends on Epic Games Store.

Forrest Liu, President of miHoYo, said, "When developing Genshin Impact, one of our main focuses has been to make the game available on a wide range of platforms so players can play alone or together with friends regardless of how they choose to play it. The Epic Games Store is an expert in PC gaming, and we're privileged to work with Epic to bring Genshin Impact to a broader global gaming community."