by Wessel Minnie
An in-game funeral took place on the GTA RP NoPixel server to honour the late Alex who portrayed the character Misty Mocha. Published on May 17th, 2021
Real-life tragedy befell the GTA RP NoPixel community on 11th May 2021, when Twitch streamer Alex "DovahPug", who portrayed the role of Misty Mocha, passed away following a long battle with cancer. The death of Alex caused an outpouring of grief, and the NoPixel community honoured Misty Mocha "In Memory" plaque located in Legion Square, Los Santos. It is there that the in-game GTA RP NoPixel funeral for Misty Mocha is taking place.

Update: The funeral proceedings have come to an end on 17th May at 10:20 CET.

Original article with updates on the proceedings follows.

NoPixel RP member RevRoach recently announced on Twitter that there will be an in-game funeral for Misty Mocha.

Update 09:00 CET: The funeral proceeding moves to the cove in GTA Online, as NoPixel RP players drive together to the cove.

Update 09:10 CET: Players gather at the cove to say their goodbyes to Misty Mocha.

Update 09:41 CET: Heartfelt stories about Misty Mocha keeps pouring in from players in tears, as they tell stories about the character.

Update 10:10 CET: Everyone gathers around a boombox to listen to a song written about Misty.

Update 10:20 CET: Funeral proceedings come to an end as everyone goes their own way. 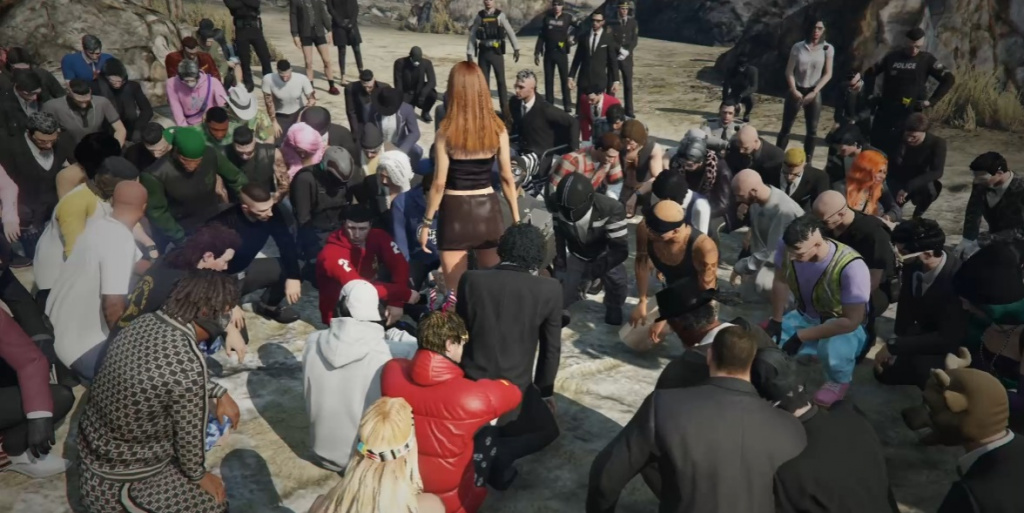 RevRoach recently explained: "Thank you to all the admins for work behind the scenes and if you are around and have RPd with Alex, come by and say something. Everyone is more than welcome to be there."

In the stream currently underway (08:50) you can hear the grief in the voices of the GTA RP players as they are busy putting together the Misty Mocha funeral in-game.

You can check out the stream below, where the GTA RP NoPixel players are telling stories about Misty Mocho, remembering Alex's character fondly.

The Misty Mocha in-game funeral is currently ongoing, with more players joining in.

Some are getting more flowers, while others continue to support one another in this time of grief.