by Andrés Aquino
According to a description by Smyths Toys, the 343 developed title will have a surprising free-to-play multiplayer component.

Published on July 31st, 2020
UPDATE: According to developer 343 Industries, Halo Infinite will indeed feature a free-to-play multiplayer component and will be able to run at 120 fps in the Xbox Series X. They have also promised to share more information in the near future.

After the mixed reception Halo Infinite's gameplay footage got at the Xbox Showcase, fans are eagerly awaiting any tidbit of information or sign from developer 343 Industries that sparks unanimous excitement.

Well, turns out a toy company could've potentially leaked a massive piece of information as Smyths Toys described Halo Infinite's multiplayer as a "groundbreaking free-to-play experience" in their preorder page for the Xbox Series X.

The UK based company also mentions how the first-person shooter will be able to run at 120 frames-per-second on Microsoft's latest console thanks to its processing power.

Previously, speculation around the multiplayer component Halo Infinite not being available at launch was quickly debunked by 343 Industries, with no new information about what this part of the game will look like. 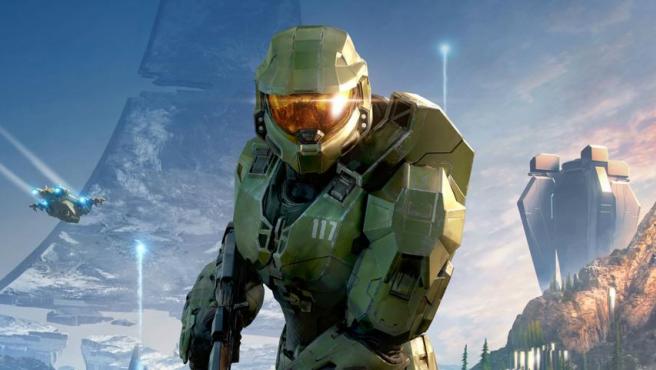 Speaking of dev updates, 343 Industries detailed in a recent blog post their plans for a more "public hands-on" of Halo Infinite, specifically, the multiplayer, and how the current COVID-19 pandemic has thrown a wrench at them.

"At this time we’re honestly not sure what is going to be possible in terms of flighting but we still hope to have an opportunity for broader public hands-on before release. And, as we’ve previously stated, we’ll be relying on flighting and continued feedback and community partnership well beyond launch as we grow and evolve the game together."

The post goes into full detail concerning other topics including what can we expect from the story, graphical improvements, and even acknowledges Craig The Brute, Halo Infinite's new mascot, so be sure to give it a look if you're interested.

Halo Infinite is set to release for Xbox One, Xbox Series X, and PC at some point during 2020, with no official date in place.