Nikola Savic
Published: Jun 25th, 2021, 17:19
And they even made Hearthstone's version of Mount Rushmore to celebrate the currently best cards in Standard. We are slowly entering the final stages of the Forged in the Barrens expansion, and any day now we expect Blizzard to start teasing the second big Hearthstone expansion of the year.

The meta is firmly set in place and dominated mostly by Shamans, a class that is experiencing a resurgence, as they were the lowest win-rate class prior to the release of the Wailing Caverns mini-set, and now they are the best class in the game.

But, despite being the best class currently, none of its individual cards are among the best in terms of raw data.

Blizzard, who has access to all the number and statistics, has recently revealed which four cards are the best-performing cards in Standard over the past few months since the release of Forged in the Barrens. 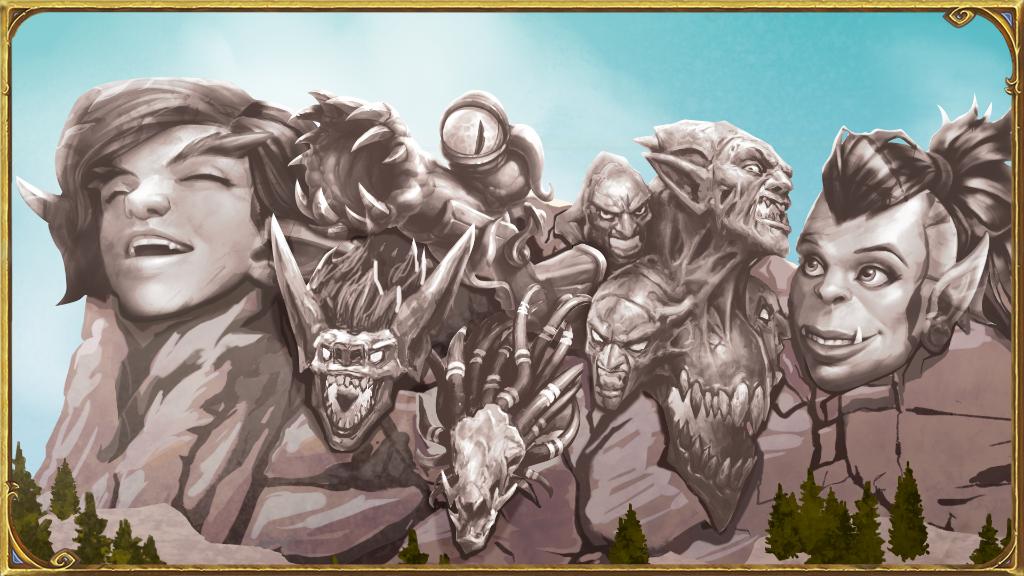 And while we are not surprised with the cards on the list, it is definitely unexpected that all four of the best cards are Hunter cards, though two of them are multi-class cards (Hunter/Druid and Hunter/Demon Hunter).

What are the best Hearthstone cards in Standard?

According to Blizzard, these are the top 4 cards in the Standard format: Rinling's Rifle is a legendary Hunter weapon released in the Darkmoon Faire expansion and we are not surprised to see it on the list, as this handy tool gives so much utility and value for its price.

Discovering and playing a secret is really useful as it helps you to keep the tempo advantage and choose exactly the right Secret for the current situation. All that times two, packed with 4 damage on top of it. Demon Companion is simply a great and cheap card that goes well in any agro or tempo deck. It can boost your damage, it can protect your other minions, it can provide you with favourable trades. All of that for 1 mana! Adorable Infestation is another cheap (starting to see a pattern here?) tempo card that enables great trades early on which will secure your presence on the board from the start and allow you to become the one who is controlling the board state and trading. It also allows you to trade 2-for-1 and Cubs are beasts! Finally, Warsong Wrangler is the newest addition to the arsenal of powerful Hunter cards, added with the Forged in the Barrens expansion. The card almost single-handedly made Face Hunter a top-tier deck again, thanks to the combo with Trampling Rhino. The deck is one of the most oppressive ones to deal with currently, as it punishes you for playing small minions on the board, and it is rather consistent with all other options to draw, buff, and copy Rhino, like Scavenger's Ingenuity and Selective Breeder.

When you see Warsong Wrangler played on turn 4, you know that the buffed Rhino is landing on the next turn and there's nothing you can do.

Despite their insane power level, Blizzard states that it has no intention to nerf them, at least not before releasing the new expansion this summer. If the meta doesn't change much at that point and old decks continue to dominate, then the nerfs will come.