Nikola Savic
Updated: Jul 2nd, 2021, 03:45
United in Stormwind is the latest Hearthstone expansion, slated for release on 3rd August. Check out all the new content and features, including a new Tradeable keyword, Questlines, Mount spells, Warlock weapons, and more! United In Stormwind, the second Hearthstone expansion of 2021, will continue with the theme of Alliance vs Horde and will bring players to the mighty human city of Stormwind.

We are travelling all the way from the Barrens across the sea and straight to the capital of the Kingdom of Stormwind.

As expected, the new expansion is themed around the Alliance and all the memorable locations and residents of Stormwind, which will be a well-known sight for all Hearthstone players who also play World of Warcraft.

And while the theme of the expansion is quite exciting, what's even more exciting are new gameplay mechanics and cards, so let's jump right into it.

New Keyword Tradeable - how does it work?

Each new expansion almost always brings a new keyword, and when it comes to United in Stormwind, that new keyword is "Tradeable".

Thematically, Stormwind is known for its many merchants and trading districts, that's where the name comes from. In terms of gameplay, cards with Tradeable can be swapped back with another random card in your deck for 1 mana. 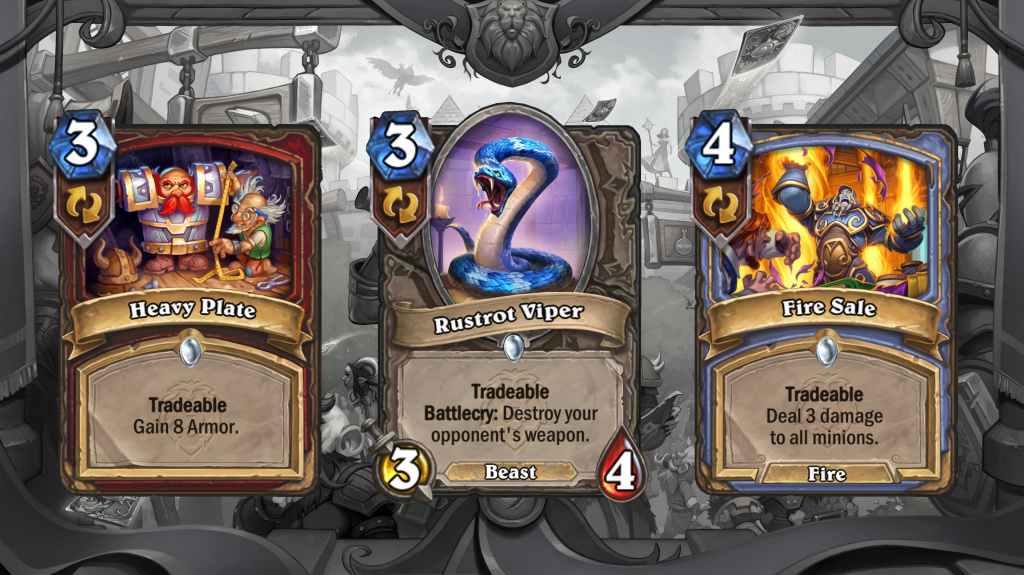 This will allow you to fish for some more suitable cards at the moment if you don't currently need the card with Tradeable on it. You simply put it over your deck, pay 1 mana, and you will get another card from your deck.

As you can see with the examples above, this keyword is used on cards that can generally be considered tech cards, which are situationally great but often a dead draw, in which case you can now swap them back for another card.

The keyword is definitely something we would like to see more in the future, as it will give players more consistency with their card draw.

The return of Quests - How does?

The United In Stormwind expansion marks the return of Quest cards in Hearthstone. More precisely, it introduces a new type of Quest card - Questline. 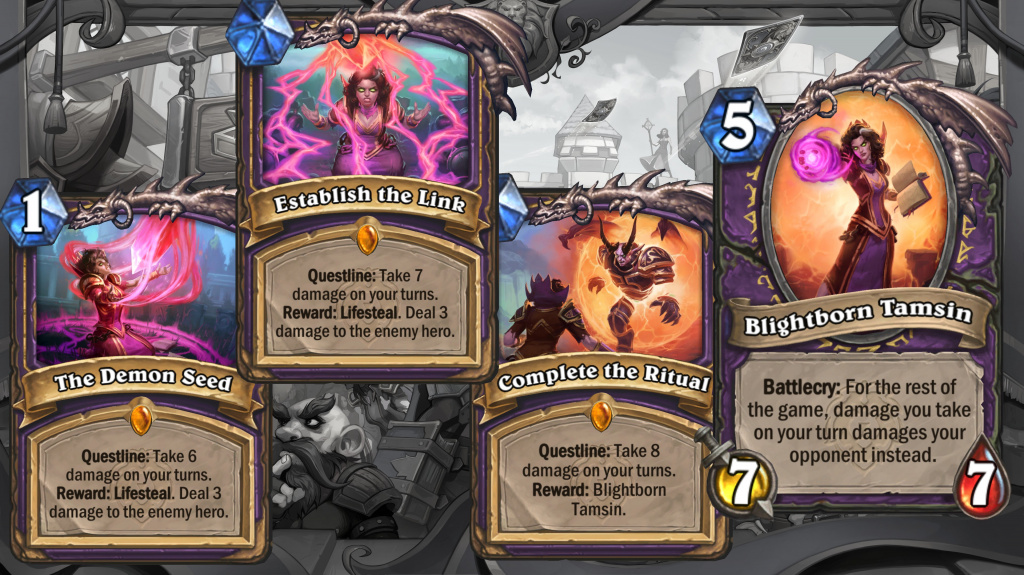 Questlines are essentially telling a story with several phases, and upon completing each phase, you will earn a medium reward. Once you complete the full Questline, you will earn a powerful final reward - a new version of that class's legendary mercenary from the previous expansion.

United In Stormwind will also bring a new cycle of spells, and this time around those are "Mount" spells. We don't know if all classes will have them, but two revealed examples are for Hunter and Priest, and they both look rather powerful. 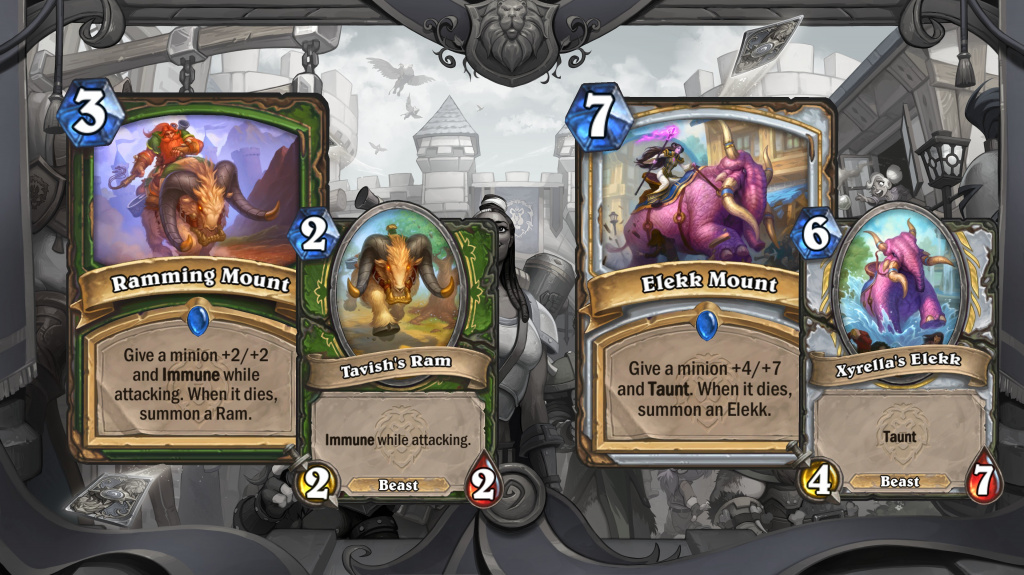 They are buff spells that work exactly like Paladin's Spikeridged Steed (which is a very annoying card to deal with). They give buffs to a minion you cast it on, and once that minion dies, the mount will remain on the table as another minion you have to deal with, with the same stats as the buff and the same effect.

Hearthstone's United In Stormwind expansion is set to be released on 3rd August 2021.

As usual, you will be able to pre-order either a regular bundle or the mega-bundle.

The mega-bundle costs $79.99 USD and it comes with the following items: