All about Rise of the Underworld, Legends of Runeterra’s next expansion

Alejandro Sandoval
Published: Jun 21st, 2021, 21:52
The latest expansion for the Empires of the Ascended set will bring lots of cards, cosmetics, and a special event based on the Ruination. A new cycle is coming again to Legends of Runeterra, as Riot’s card game enters the final stage of its current set, Empires of the Ascended, with the reveal of its third and final expansion, arriving to the live servers soon.

Together with a new cinematic trailer (as was the case for Guardians of the Ancient), the Rise of the Underworlds expansion will be based in the regions of Piltover, Zaun, Bilgewater and, as has been during the set, Shurima, bringing many of Runeterra’s champions for the first time into the game.

Featured champions from this new expansion

As you can see in the trailer, Ekko will be one of the main additions into LoR, as he takes on a group of Noxians who are planning to destroy Zaun, while we can also see Rek’Sai and Pyke making justice by disrupting the shipments of the schemers.

These three champions will be the last to debut into the game before the start of the new set, coming with 40 new cards to play around and upgrade your current decks, with more cosmetics to be added into the in-game store and as part of rewards for some special events.

At first, Riot has only revealed a bunch of the new cards, along with a new keyword: Lurk. The Lurkers will allow that whenever you declare an attack and any of them is on the top of your deck, your Lurker allies will win a +1/+0 each round, permanently. 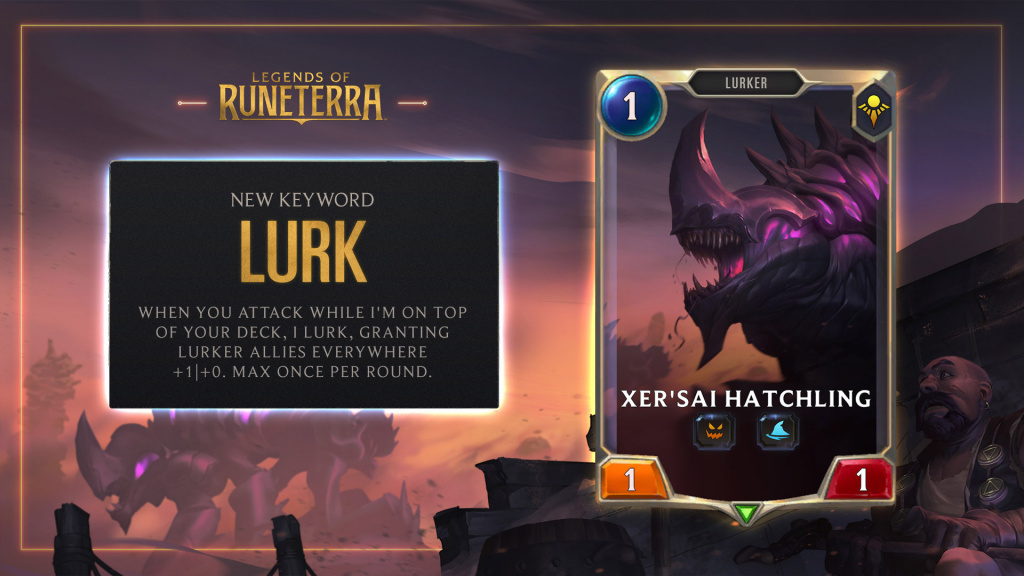 Some of the new cards with this new trait include the Xer’Sai Hatchling, a common one-cost 1/1 unit with Fearsome, and the Snapjaw Swarmer, a common two-cost 0/2 unit with a Play ability that allows to start a free attack.

Finally, the Fallen Feline will also be introduced in this expansion, being a rare one-cost 2/1 unit with an effect that creates a Hexite Crystal in the bottom 10 cards of your deck. These powerful Crystals can deal two damage to both enemy units and Nexus, while you can also draw from a Prediction.

The Ruination is coming to LoR

As for the events not much is known at the moment of writing, however thanks to the Sentinels of Light secret puzzle, it has been known an special limited-time event around the Ruination will be featured in Legends of Runeterra, so players will be able to see the effect of the Black Mist around here as well. 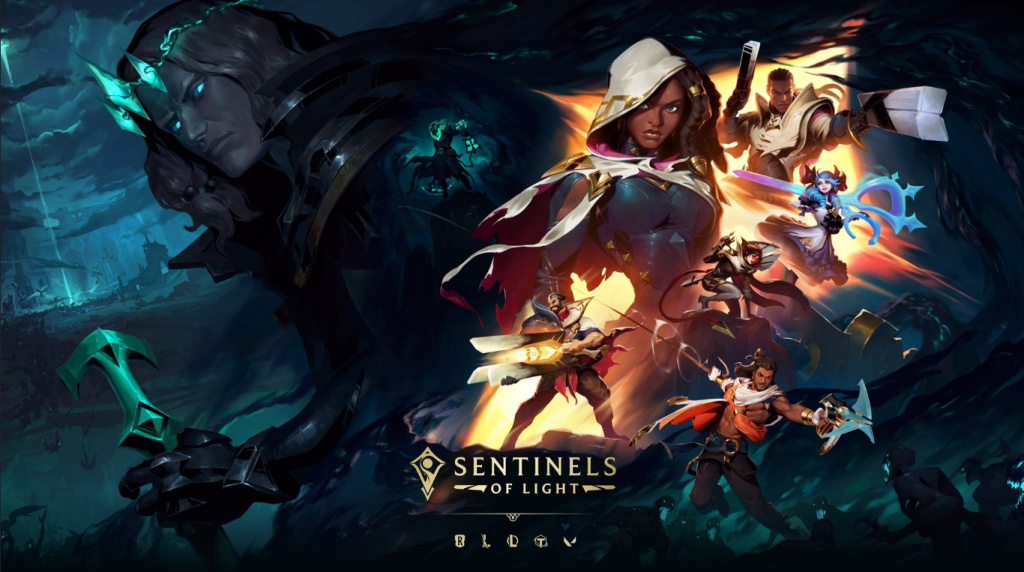 For now, it’s just a matter of time to see the debut of this and many other cards and units, as the Rise of the Underworlds arrives in Legends of Runeterra on 30th June, 2021.

In the meantime, don't forget to check out our dedicated Legends of Runeterra section with news, updates, esports coverage, and more.