by Chadley Kemp
Famous Minecraft YouTuber, Dream, spills the beans on his plans for a face reveal in an in-depth interview with former Smosh star, Anthony Padilla. Published on June 9th, 2021
There’s no doubt that Dream has surged in popularity. He is widely considered to be one of the most popular Minecrafters out there, despite having never revealed his face. Recently, he sat down for an interview with former Smosh co-host, Anthony Padilla. In the interview, he detailed an array of topics, from the cheating scandal to his earliest inspiration for his videos by Pewdiepie.

Dream also shocked Padilla after revealing his intention to do a face reveal in the near future. Although he previously alluded to this, Dream went into a bit more detail on how he plans to do it.

What are Dream's face reveal plans?

It would seem that the enigmatic YouTuber wants to embrace the ability to do more interactive content, citing that “the biggest downside [on wearing a mask] is just not being able to express [himself] fully”. Truly, we understand where he’s coming from; given the whole coronavirus pandemic situation.

Dream added, “I want to be able to do things that you can’t do. Like let’s say go and meet people. It’s restricting on the things I can do, like being able to do TikToks, or different forms of content”. He notes that wearing the mask has not had a negative effect, and that the iconic Dream mask would still be a part of his brand identity. 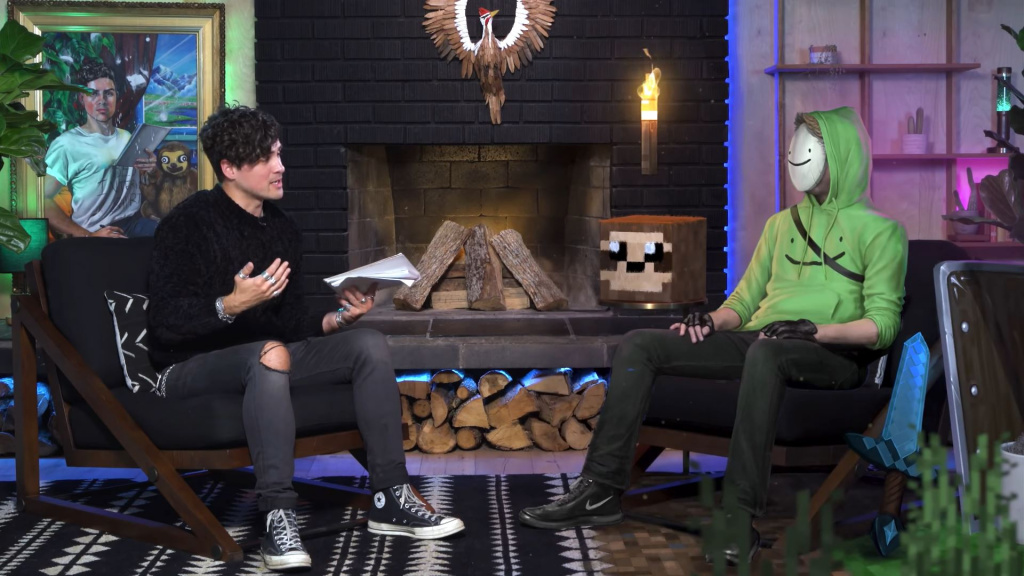 Spilling the beans on how he would perform his reveal, he said: “I want to do it with my friends, or some way my fans can participate, somehow. So I thought of a meetup, or some kind of event”. Not wanting to do the reveal in some egotistical way, he also noted that he “would do it in a way where it wouldn’t be the center of things” (like at a huge stadium or something like that).

Dream’s interview with Padilla really digs deep and covers a lot of different topics. If you’re a Dream fan or want to learn more about the enigmatic YouTuber, then definitely check out the full interview below.

He touches on how he decided on the name “Dream” and even mentioned wanting to collaborate with philanthropic YouTuber,  Jimmy “MrBeast” Donaldson.

Do you want more Minecraft news and updates? Well, you’re in luck because we have an entire section on the GINX website, which is available right here.