It's been a rough period for RTS fans, or, shall we say, a rough decade? Real-time strategies have been on the verge of death for more than a decade now, with StarCraft II being the only representative of the genre still swimming above the muddy bottom. You will then understand our surprise and happiness when we saw that someone is actually announcing a completely new RTS game in 2020.

Frontier, developers of such hit titles as Elite Dangerous, Jurassic World Evolution, and Zoo Tycoon, has acquired the license for Warhammer Age of Sigmar from Games Workshop, and they have announced they are working on an RTS game based on it.

David Braben, Frontier's Chief Executive, said: "We are delighted to announce this licence with Games Workshop.  I personally think it's great news that two such well-established and world-class creative UK companies with global reach are collaborating on a new project.  We look forward to working closely with the team at Games Workshop to bring the rich world of Warhammer Age of Sigmar to a wide audience through an immersive and accessible real-time strategy game on both PC and console." 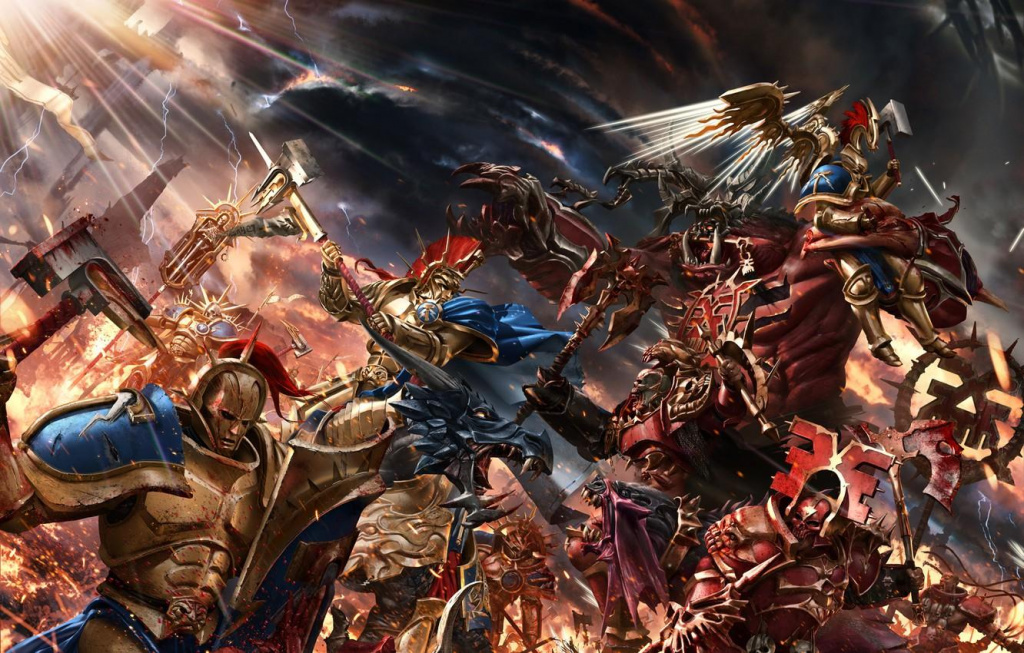 Jon Gillard, Global Head of Licensing at Games Workshop, added: "As Warhammer becomes an ever-larger brand and our legions of fans around the world look for exciting ways to experience the splendour of our settings, we are always looking for the highest quality partners to work with. Frontier is just such a company, with an incredible heritage, and an innovative and highly polished development capability clearly demonstrated by their compelling vision for this game.  This will be the first RTS set in the epic fantasy world of the Age of Sigmar, which is the kind of game that Warhammer and strategy fans have been clamouring for. We know that the team at Frontier are the perfect people to take on that great responsibility and do it justice."

Warhammer Age of Sigmar is the latest version and setting of the Warhammer tabletop games, which came after Warhammer: The Game of Fantasy Battles(Old World) and we're pretty sure that the RTS game will have the same factions as the tabletop has: Order, Chaos, Death, and Destruction (each consisting of many races). If you are interested in learning more about the Age of Sigmar, you can find out a lot of details on the official site. How To Get Pua As A Pet In Disney Dreamlight Valley