Riot Games has revealed the first details of the new patch 11.4 for its strategy game, Teamfight Tactics, which will be available starting 18th February.

This patch will bring major changes to the Chosen champion system, bringing more flexibility to the game, in addition to reducing its impact in longer matches. 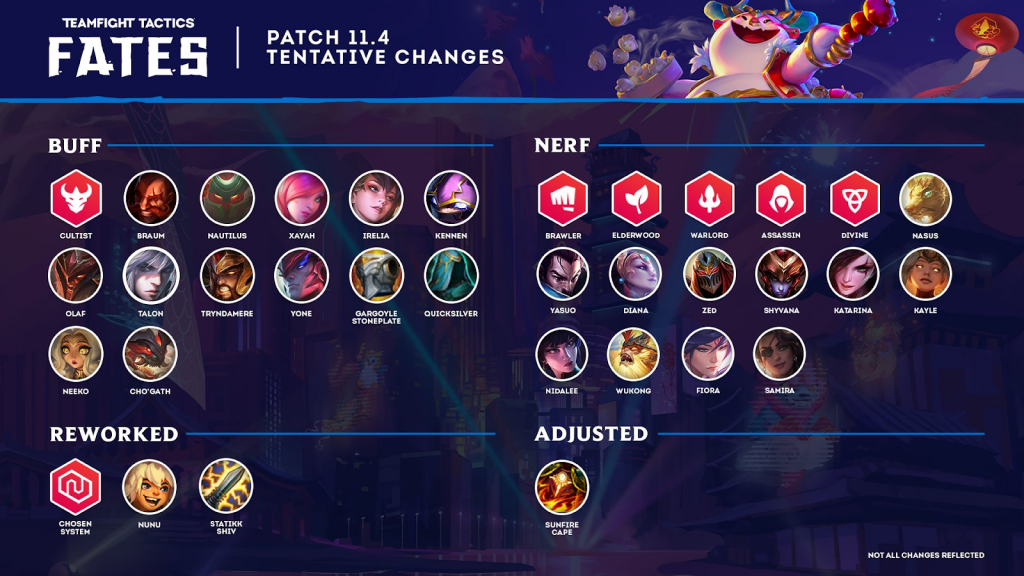 Additionally, the update will bring nerfs to all roll- and hyperroll-based builds, as Brawlers, Elderwood, Warlords, Assassins, and Divine champions will see their power and abilities diminished.

These changes will also affect Kayle, one of the most powerful champions on the set due to her great attack speed and range.

Some of the strongest comps up to patch 11.3 (Picture: Mobalytics)

Items like the Gargoyle Stoneplate and the Quicksilver will receive upgrades to begin to offset some of the champion changes, while the Statikk Shiv and the Sunfire Cape will undergo extreme changes.

Finally, champions like Nautilus and Neeko, who see little activity within the meta, and some other powerful ones like Talon and Olaf, will receive buffs along with all Cultists.