After three days of competition, where the best 24 TFT players from around the world faced each other in the maximum international competition of Teamfight Tactics, a new TFT World Champion has been crowned.

Raise your spatulas and discover his way to victory along with a full recap of the competition, in our recap of the TFT Fates World Championship.

First up, the 24 qualified players from each of the regional finals were divided into three lobbies according to their regional performance, so there was a lot of action ahead through the five games of each of these. 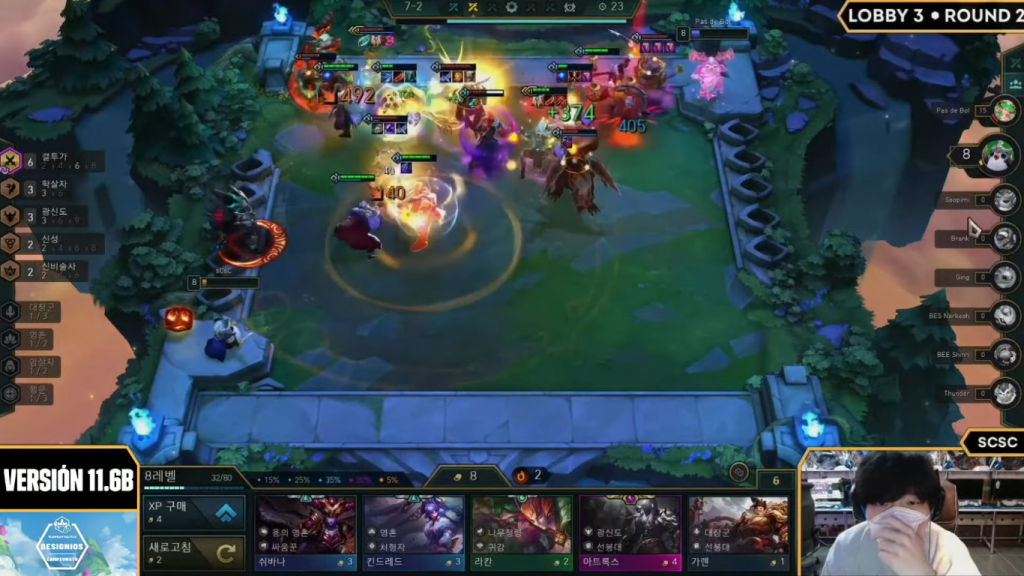 Of all regions, North America demonstrated its dominance within the game by qualifying all four of its representatives to the next round, with Team Liquid's Kurumx taking first place on Day 1 with a score of 33 points, after reaching the Top 1 in two games.

RamKev and DQA from the North American server ended up completing the podium of the day, accumulating 29 and 28 points respectively and with the first of these two taking the victory in the fourth game of his lobby. 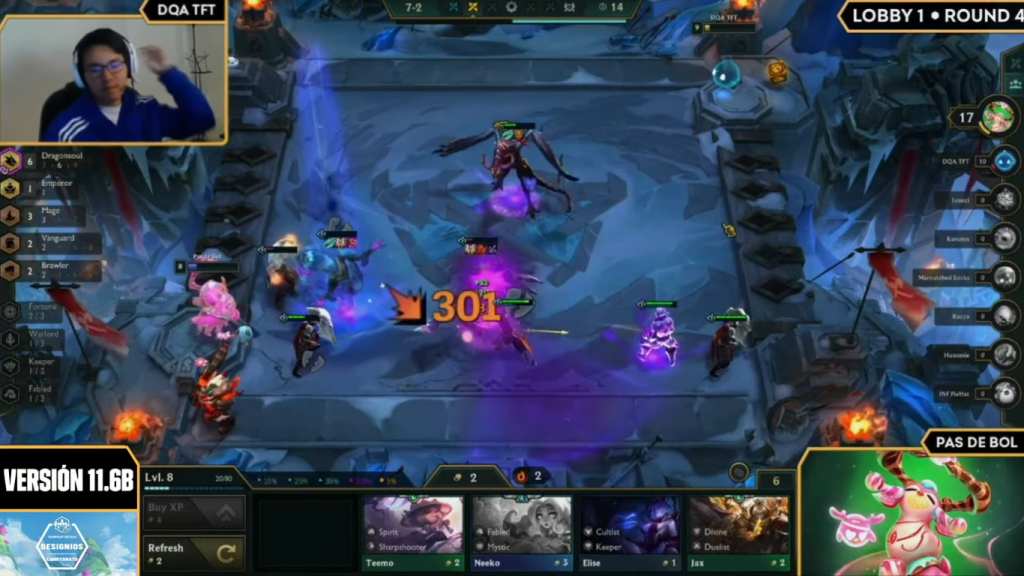 Europe would not be left behind within its regional representation by qualifying four of its five representatives, while China saw two of its five players return home. The Asian power continued to be more present with the qualification of two of the three Korean players, and the only representative of Japan.

The draw ended up being closed by Razza, the only representative from Oceania who got his ticket to the next round accumulating 25 points. Therefore, both Brazil and Latin America unfortunately were out of competition at this stage. 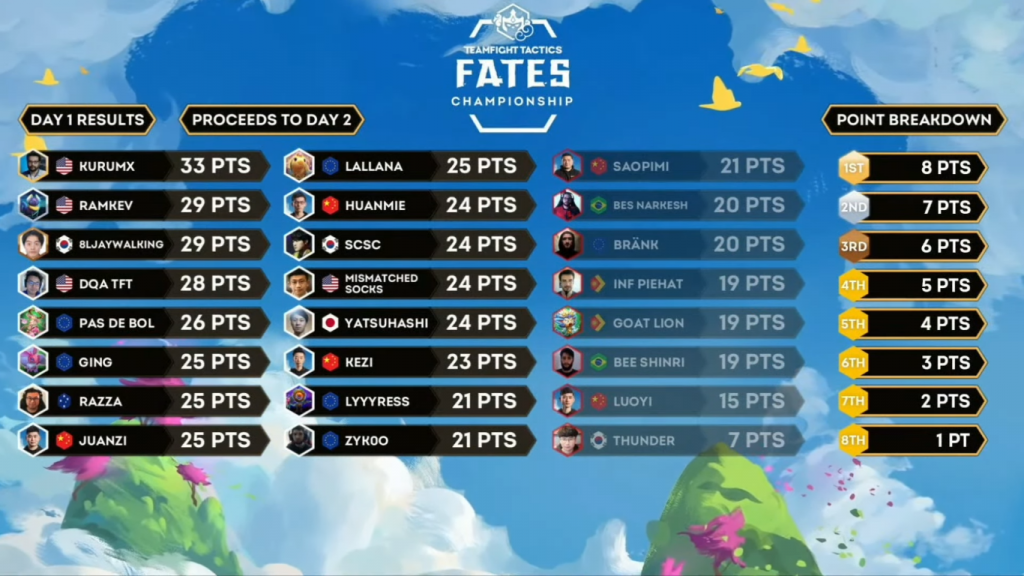 The second day of competition proved to be a watershed for many of the players from the previous round, having more than contrasting and surprising results, highlighting among these the elimination of Kurumx, the first place on Day 1. 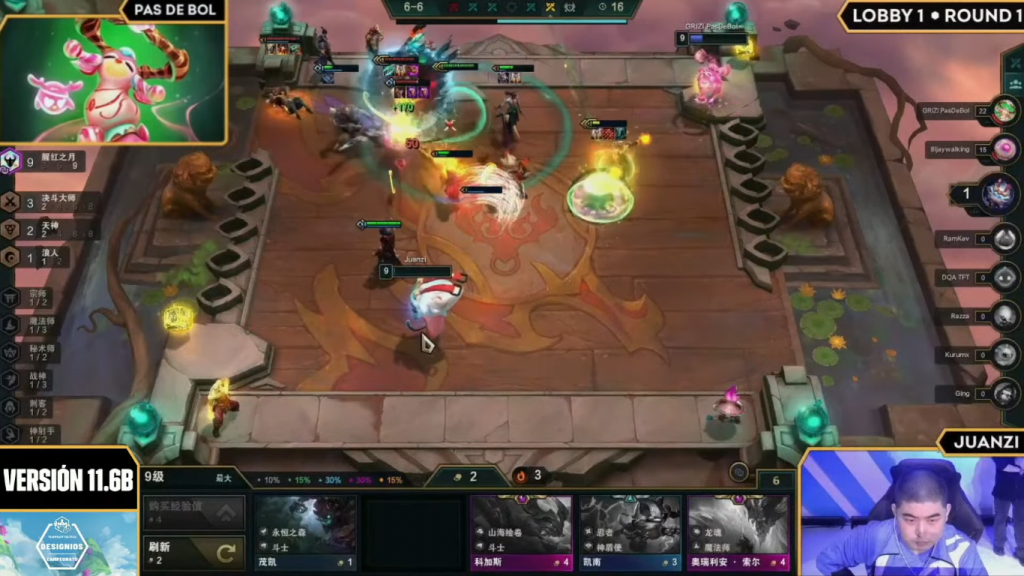 China would see their last glimpse of the championship slip out of their hands, having their three representatives out of the competition, while Europe showed greater potential heading into the World Finals with three players qualifying for this stage.

Among these, UK’s Lallana would be the Player of the Day after his finish in the first seed with 30 points, having had several victories under his pocket. Korea with its two qualifiers ended up advancing to the final stage with one of these, 8LJayWalking, finishing second with 29 points. 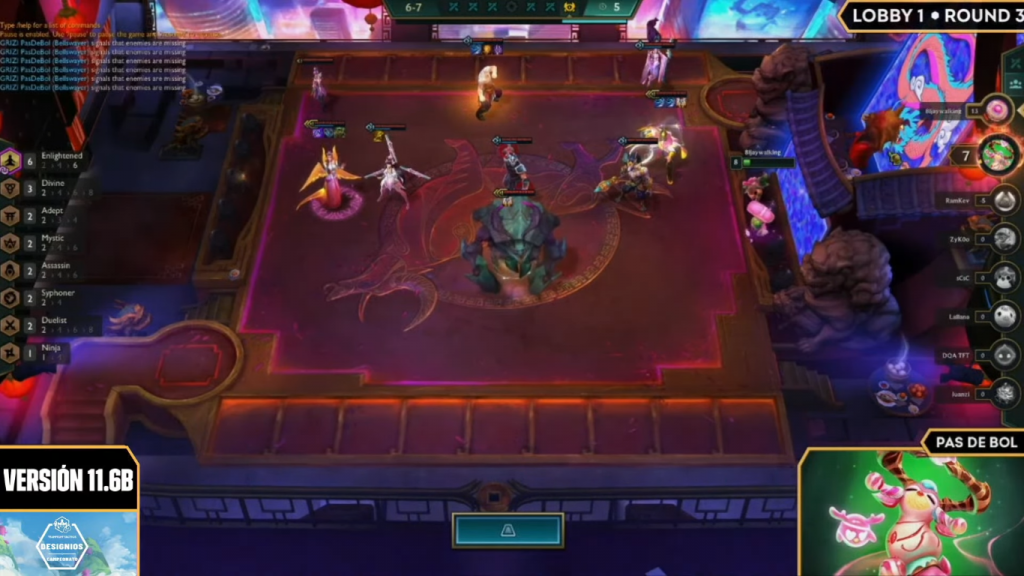 The Top 3 was completed with Pas De Bol, a player from France who managed to accumulate 28 points, while behind him was RamKev, the only player from North America to qualify for the Finals with 26 points.

The table would be completed with the only players from Japan and Oceania demonstrating their experience, by entering the Top 8 of the competition with 25 points each, leaving the possibility of having a new champion in five of the eight participating regions. 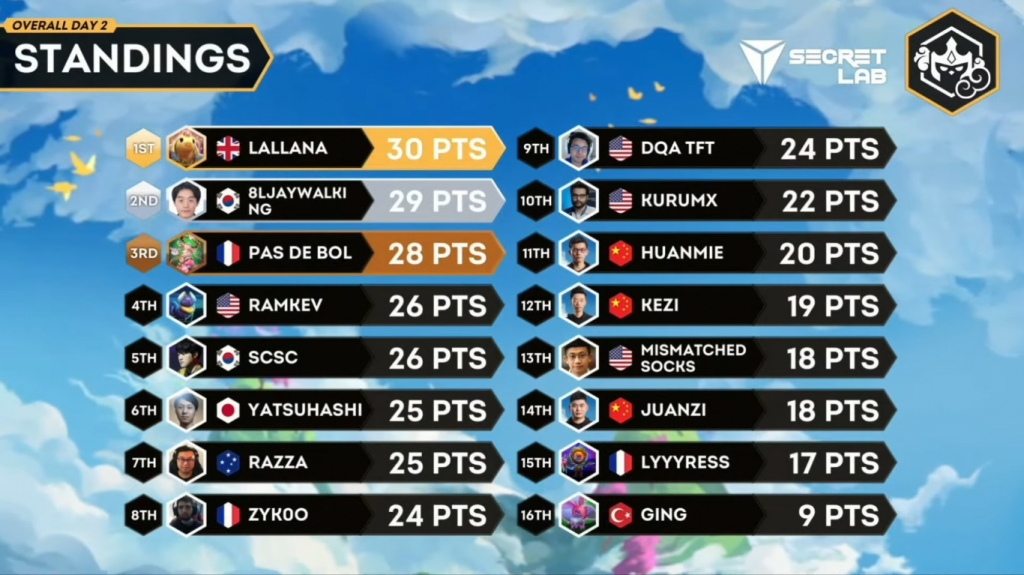 For the first game of the final stage, the Korean players got off to a strong start by taking the Top 1 and 2, with SCSC taking the first victory in surprising fashion, using a Duelist-based composition and surviving the onslaught against the Top 4 with just a single HP.

The second game took a 360 degree turn thanks to ZyKOo, who after finishing in the Top 3 during the first round of the Finals, managed to make one of the biggest comebacks of the TFT’s competitive history by winning with a Dragonsoul Mages comp, after having dropped to last place with 1 HP since Round 4-2. 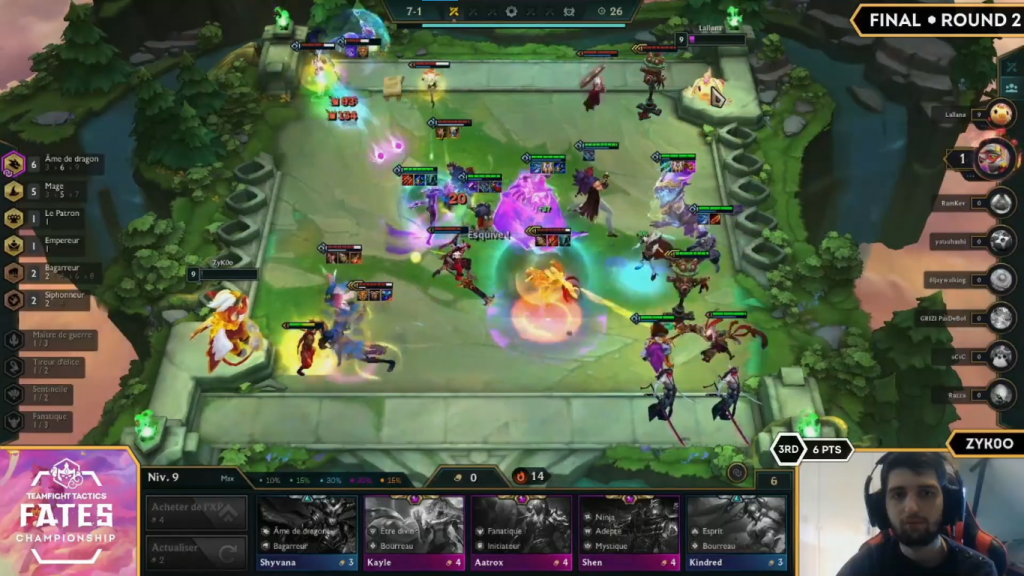 With this motivation, the French player would end up also taking the third game thanks to a composition based on Keepers, supported by the five-star units Azir and Sett. This would put him with 26 points and match point to win the tournament.

Despite this, ZyKOo would end up falling last during the fourth game, which opened a door of opportunity for five of the seven remaining players, who would reach 18 points for the final game, while 8LJayWalking managed to take the Top 1 of the round thanks to the power of 9 Dragonsouls.

The fifth and final match proved to be one of the most diverse, having different styles of compositions on the part of several of the players in their quest to win the tournament. The game was largely dominated by Korean players, who never made it down from the Top 4.

However, Razza and ZyKOo managed to rise from the middle of the table to enter the Top 3. Just when the European player was on a hot streak and the Oceanic one was on first place, a change in the comp of 8LJayWalking managed to defeat both players in the round 6-5 with his Divines and Adepts team.

Thus, with this victory and having reached 33 points, 8LJayWalking was crowned as the second TFT World Champion, giving the first international title of this autobattler to the Asian country and placing himself next to Double61 within the select group of the best TFT players in the world.

These have been the final placements, along with the prize pool distributed to each of the players: 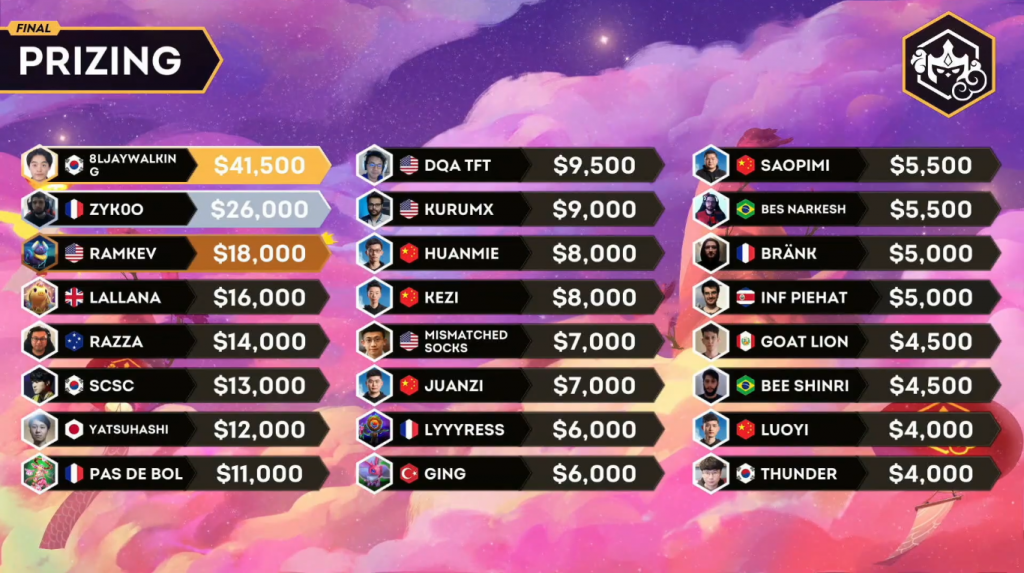 For more on Teamfight Tactics, check out our dedicated section with more guides and news, while you wait for the release of Set 5: Reckoning.