Want to get prepped for all-new TFT Reckoning? We have your back. Here’s every Class, Origin, and Champion that will be available in the new set. Get theory-crafting - there’s a hell of a lot of combos! 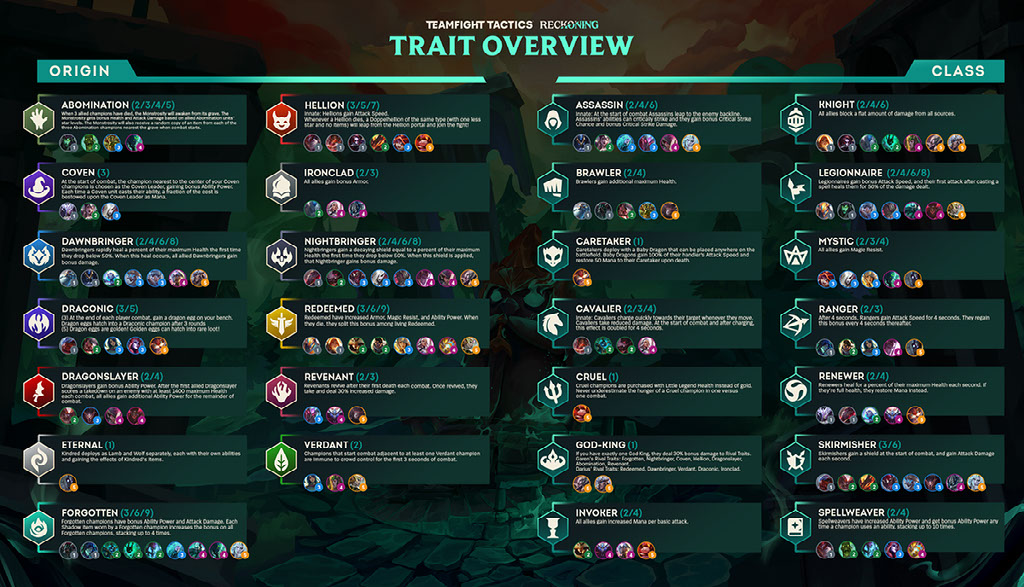 “At the start of combat, the Champion nearest to the center of your Coven Champions is chosen as the Coven Leader, gaining Bonus Ability Power. Each time a Coven unit casts their ability, a fraction of the cost is bestowed upon the Coven Leader as mana.”

“Wolf separates from Lamb to become a second champion. Wolf does not count toward your unit cap, and receives all of Lamb's stat bonuses.”

“Revenants revive after their first death each combat. Once revived, they take and deal 30% increased damage.”

“Redeemed have increased Armor, Magic Resistance, and Ability Power. When they die, they pass this bonus split among living allied Redeemed.”

“Hellions gain Attack Speed. Whenever a Hellion dies, a Doppelhellion of the same type (with one less star and no items) will leap from the Hellion portal and join the fight!”

“(3) At the end of each player combat, gain a dragon egg on your bench. Dragon eggs hatch into a Draconic Champion after 3 rounds. (5) Dragon eggs are golden! Golden eggs can hatch into rare loot!”

“Nightbringers gain a decaying shield equal to a percent of their maximum Health the first time they drop below 50%. When this shield is applied, that Nightbringer gains bonus damage.”

“Dragonslayers gain bonus Ability Power. After the first ally Dragonslayer scores a takedown on an enemy with at least 1400 maximum health each combat, all allies gain additional Ability Power for the remainder of combat.”

“Champions that start combat adjacent to at least one Verdant Champion are immune to crowd control for the first 3 seconds of combat.”

“Dawnbringers rapidly heal a percent of their maximum Health the first time they drop below 50%. When this heal occurs, all allied Dawnbringer gain bonus damage.” 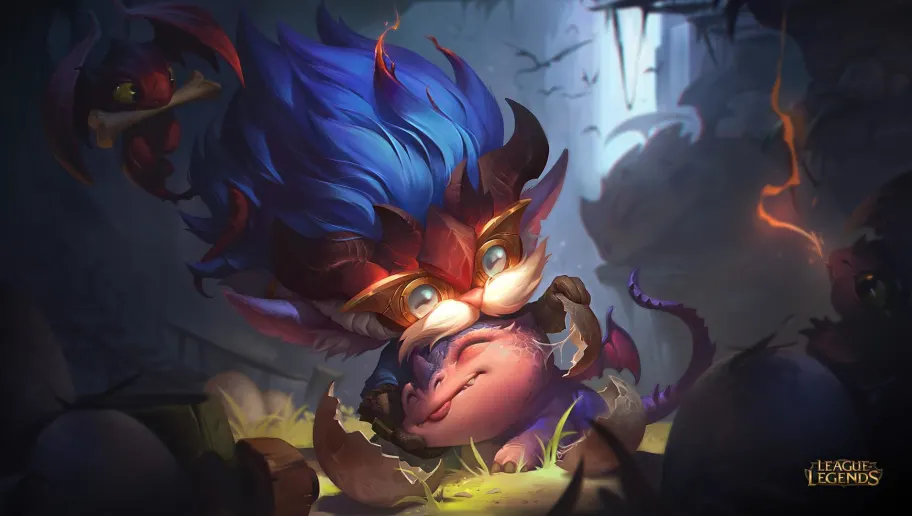 “Caretakers deploy with a Baby Dragon that can be placed anywhere on the battlefield. Baby Dragons gain 100% of their handler’s Attack Speed and restore 50 mana to their Caretaker upon death.”

“Innate: Cavaliers charge quickly towards their target whenever they move.

Cavaliers take reduced damage. At the start of combat and after charging, this effect is doubled for 4 seconds.”

“Cruel champions are purchased with Little Legend Health instead of gold. They can be sold for gold, but not health”

An ominous additional note warns not to underestimate Cruel Champions in single combat...

“If you have exactly one God-King they deal 30% bonus damage to enemies who have at least one of their Rival Traits.”

“All allies block a flat amount of damage from all sources.”

“Legionnaires gain bonus attack speed, and their first attack after casting a spell heals them for 50% of the damage dealt.”

“After 4 seconds, Rangers gain Attack Speed for 4 seconds. They regain this bonus every 4 seconds thereafter.”

“Renewers heal for a percent of their maximum Health each second. If they're full health, they restore mana instead.”

“Skirmishers gain a shield at the start of combat, and gain Attack Damage each second.”