Fed document leaker speaks out: "Pokimane was only interested in protecting her image"

by Andrés Aquino
The leaker claims to be a close friend of Fedmyster, opting to share the document written by the former OTV member to help him overcome the situation. Published on November 30th, 2020
Update: Fedmyster has put together yet another document, this time deliberately released, where he claims that sexually harassing Yvonne wasn't the reason he wanted to fire her. Pokimane replies, "who asked?"

The leaker of Federico "Fedmyster" Gaytan's "My Truth" document has come forward and said she did it in an attempt to defend Fedmyster who she feared was being maligned by Pokimane in an attempt to protect "her image".

Update: Yvonnie defends Pokimane: "She's not the person people portray her to be"

In Gaytan's statement, the disgraced streamer tried to defend himself against "manipulative" statements made by Imane "Pokimane" Anys in a video uploaded in July, claiming Fed ruined Poki's time at OfflineTV. The document's leak would cause an even bigger controversy in the process, as the exposé was never intended to be read by the public.

The video was posted in the aftermath of Fed being kicked out of OTV after allegations of sexual misconduct were levelled against him by fellow OTV members Yvonne Ng and Lily "LilyPichu" Kim. 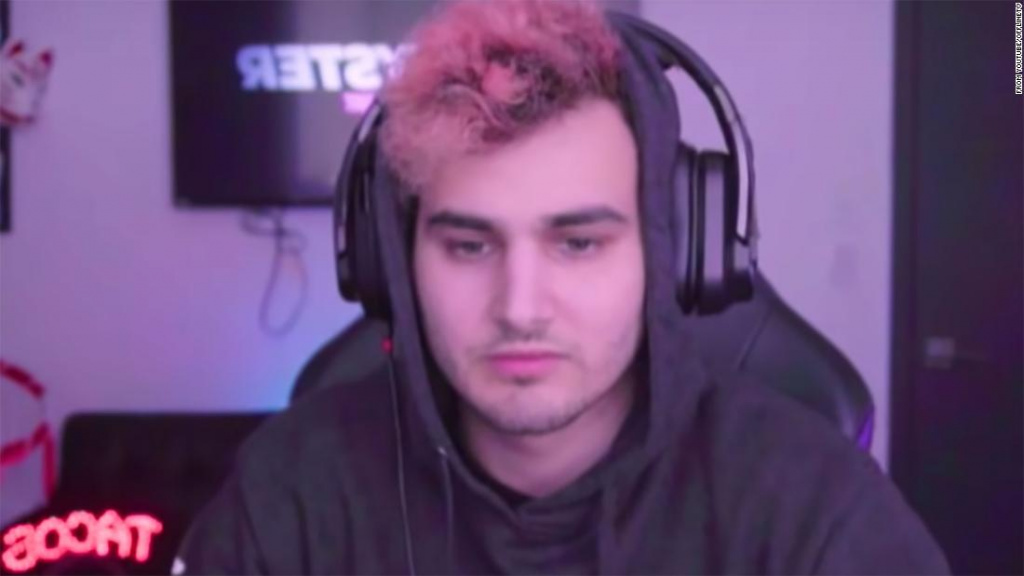 The leaker of Fedmyster's document has finally spoken (Photo: Fedmyster)

Soon after the leak, Pokimane made two separate responses to the Fedmyster penned document, one via her Twitch stream and second via Google document posted on her personal Twitter account (where she heavily implies Fed wanted the document out for everyone to see), the leaker made her own statement, trying to clean up Fedmyster's name.

The girl who leaked FED's doc has released her own doc.https://t.co/Ojnz0yTI4m

Describing herself as "Fed's fan for over 3 years," after Fedmyster's removal from the OfflineTV she became his confidant, a situation that meant she received a copy of the "My Truth" document back in August.

Adding to her credibility, the anonymous leaker added screenshots of Fedmyster's reaction once the document was exposed, seemingly furious at the breach of trust she had perpetrated. 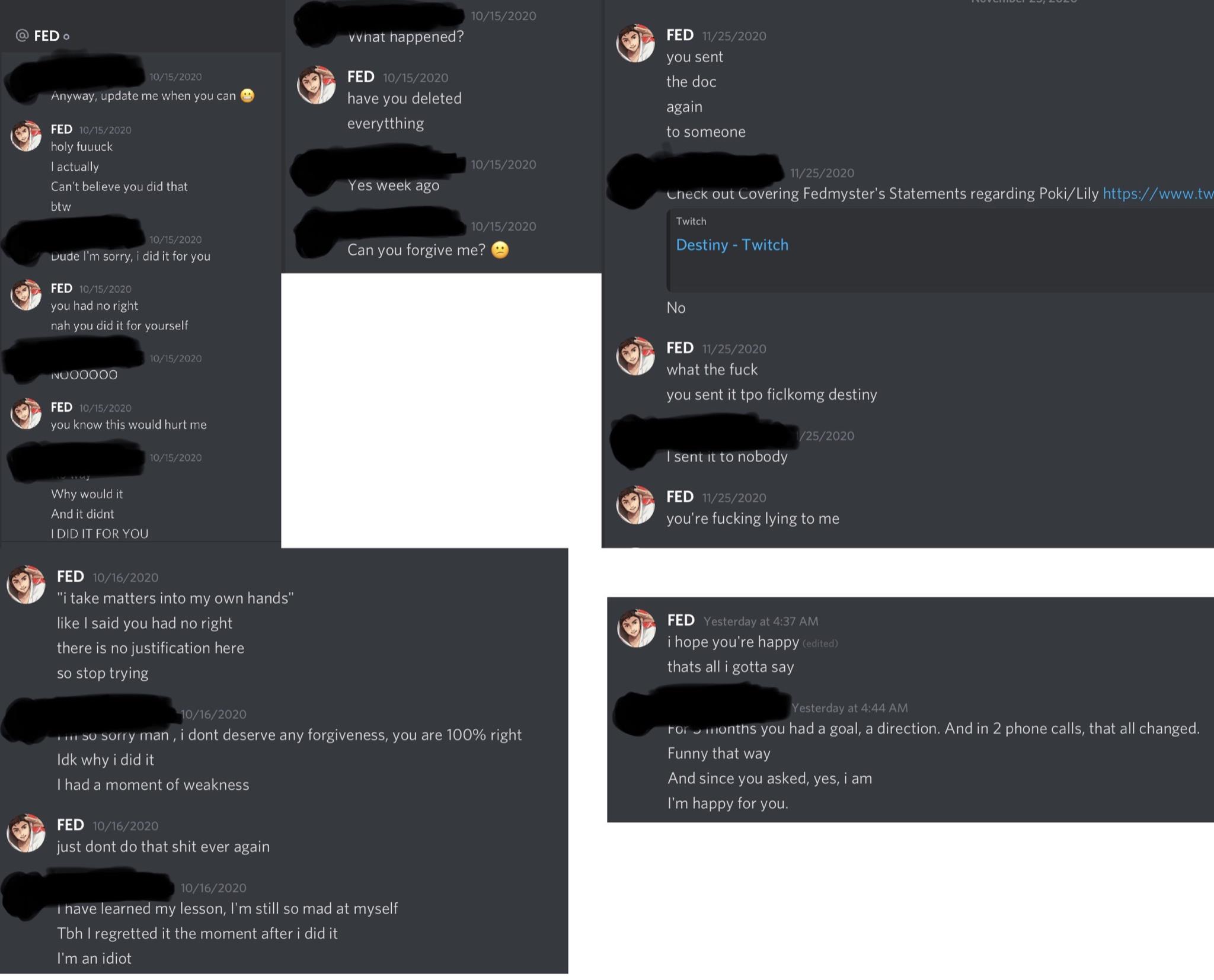 Fedmyster's reaction after the document was leaked (Image: Fedmyster)

The leaker asserts that Gaytan had zero intentions of letting the document be read by the public, adding that "at NO POINT did he try to mislead or lie in any part of the docs. There were times I would make suggestions, and he would say 'No, because that's not the way it happened.'"

The leaker details how Fedmyster's mental state was improving steadily, going to therapy and improving his mental health, progress that halted once Fed started talking to Pokimane once again, around the time Anys decided to post the video.

"It became clear he was going to take the full hit. And she was going to do very little to change the public's opinion of him, that was all based on her one stream about him."

Concluding that Pokimane "was only interested in protecting her image," the leaker felt forced to share the exposé with streamers like Destiny, hoping that it would help Fed gain back some credibility from the community.

"I cared more about him and his ability to have a future, and less about having him as my 'discord buddy'. I couldn't sit by and let him drown himself, I felt he wasn't in a healthy mindset," she said.

At the time of writing, neither Pokimane nor Fedmyster have commented on the leaker's statement.