by Nikola Savic
Twitch's djWHEAT offered a solution for people who don't want to see hot tub streams, but that won't stop promoted streams from showing to users even if they have content you don't like. Published on May 3rd, 2021
Over the last couple of months, streaming platform Twitch has been under fire over the rise of the so-called "hot tub meta".

It has become really popular amongst some creators on the platform, like Amouranth, to abuse the "bikini" rule, which allows streamers to wear a bikini if they are near the things like a swimming pool or hot tub.

There has been a lot of controversy over this, and many regular gaming content creators are voicing their concerns because Twitch is allowing that kind of content to stay on the platform, which they think is unfair and push Twitch in a completely different direction.

Marcus "djWHEAT" Graham, Twitch's Head of Creator Development, has recently talked about this issue, saying that Twitch "have been watching closely" the hot tub meta, emphasising that nothing has changed when it comes to rules about sexually suggestive and explicit content. 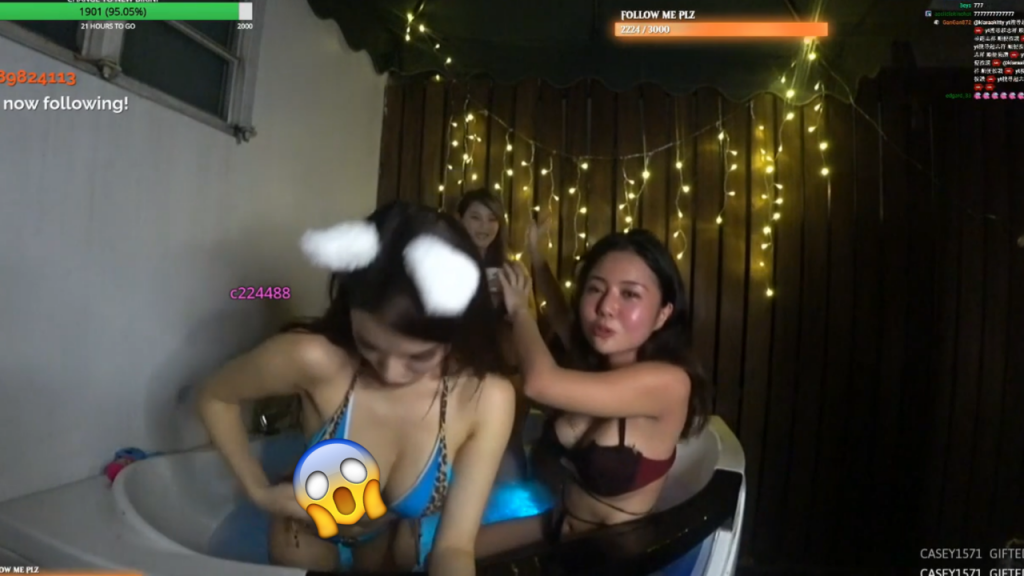 The hot tub streams were first popularized amongst the Korean streaming community(Picture: Kiaraakitty)

Graham's suggestion hasn't been received well among some members of the streaming community, and many even saw it as an insolent answer to what they think is a serious problem on the platform, including streamers like Maya "Maya" Higa.

And now the solution looks even more ridiculous as people quickly discovered that promoted streams can't be marked with the "not interested" feature, and users will be forced to have it on Twitch's home screen.

Twitter user Random Twitch stats pointed out that promoted streams are lacking the "not interested" option in the menu, and are only showing an option to report the channel. 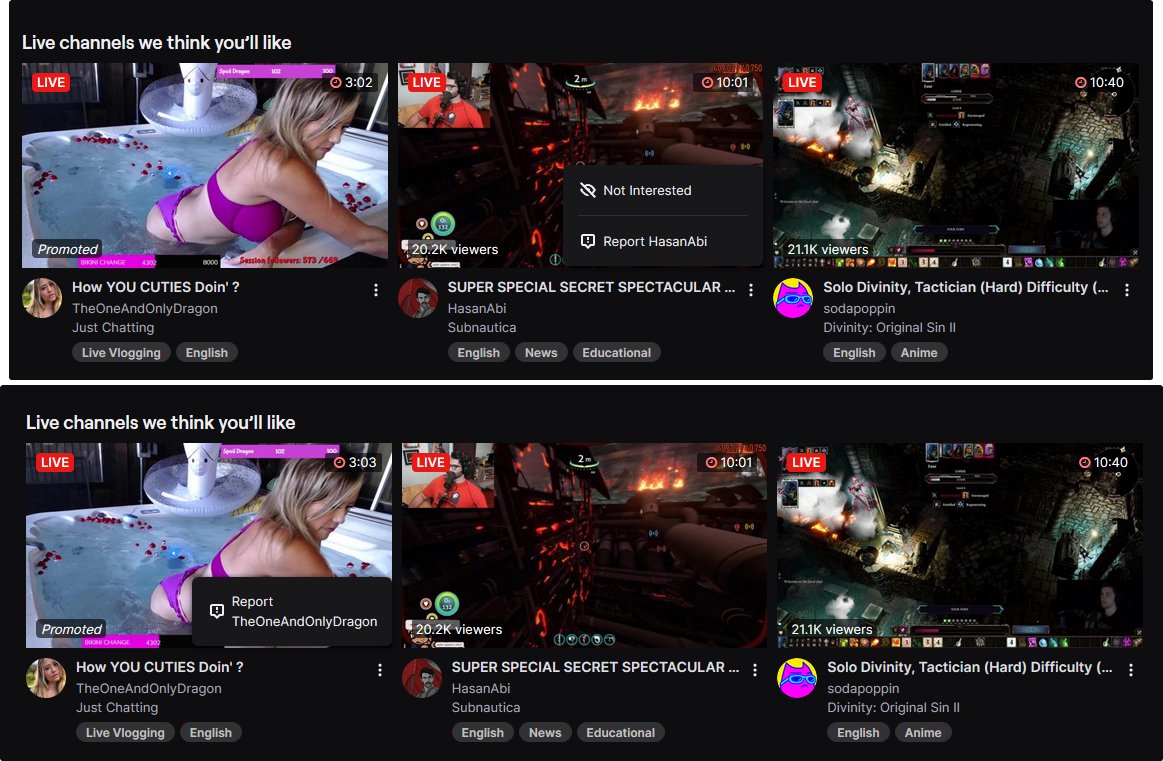 "So Apparently, the 'Not Interested' option that was supposed to 'help the Twitch discovery system' is not available for the 'Promoted' streams," he tweeted out.

It has also been discovered the button does not appear if a user has filters sort by High to Low number of viewers, which is something the majority of Twitch viewers often use as a default option to check categories. 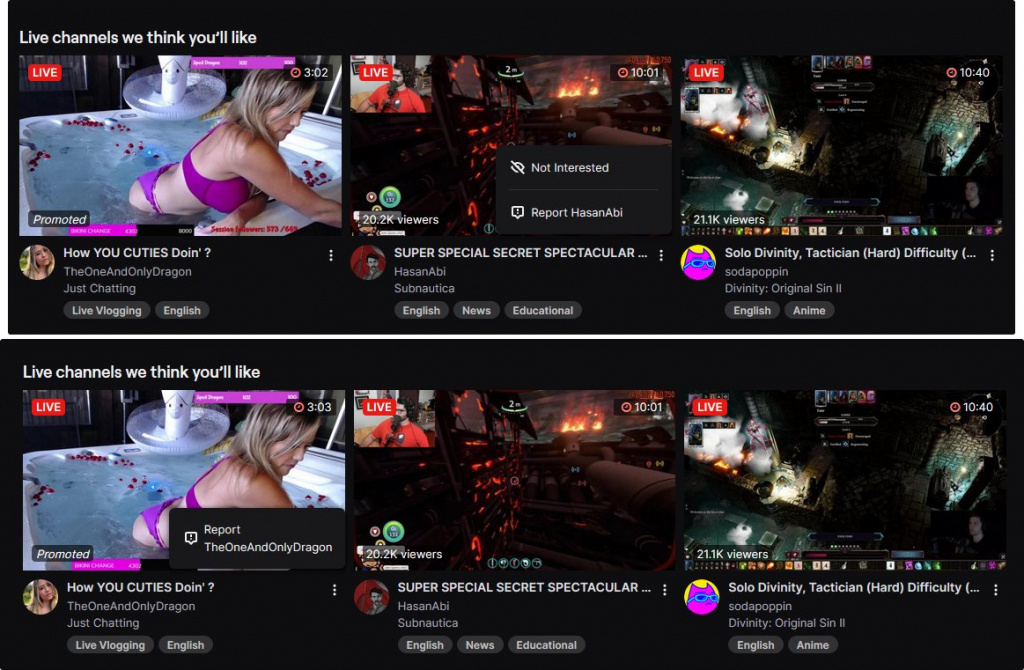 And while Twitch takes measures when things get out of control, like the infamous nip slips, a number of people in the community think that's far from enough and asks for this kind of content to be permanently banned or even for Twitch to create a separate category for an "adult" content.

But for now, the hot tub meta is here to stay, as Twitch doesn't show any intentions to forbid that kind of content from being on the platform.