by Nikola Savic
The streamer has received his first ban from Twitch over a few seconds of nudity in the Blade Runner game. Published on December 4th, 2020
Content creator Vincent "Vinesauce" Franzetti has confirmed that his Twitch account has been handed a suspension.

Vincent is known for his Corruption videos, Tomodachi lifestreams, and Shovelware Showcase series, but fans also love his immaculate impressions of famous video game characters like Mario, Luigi, Sonic, and others.

On 3rd December, it was reported that his Vinesauce Twitch channel has been banned, which was soon confirmed by Vinesauce himself.

This time around the reason is not DMCA, but a rather curious instance of nudity that he inadvertently streamed.

As confirmed by Vinesauce, he has been suspended from Twitch because he was playing a mod for the Blade Runner game which includes footage of a nude hologram that appears in the Blade Runner 2049 movie, and that nudity was shown for a short time on his stream.

So I've been suspended on twitch for there being a couple seconds of nudity in that blade runner mod I played. I can't be bothered to really care about this right now, so consider it a night off. Should be a short suspension. Streamers, careful about that tiddie on your streams.

According to Twitch rules, nudity and sexual content are allowed if they are originally part of the game, but not if the game is modded to include sexually explicit material.

In this case, the original Blade Runner game has been modified to add some elements from Blade Runner 2049, including the famous hologram girl scene.

In Blade Runner 2049, the "hologram girl" is a holographic version of character Joi, from the original Blade Runner(1982) movie. The Joi hologram is played by Ana de Armas. 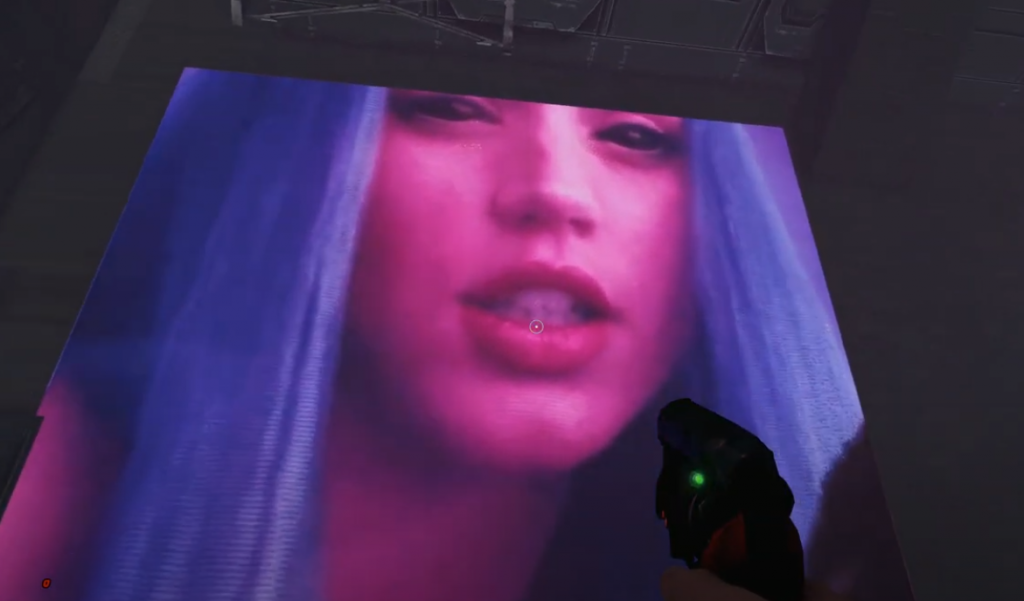 The moment right before hologram girl appeared naked on the stream (Picture: Vinesauce)

At one moment hologram girl can be seen naked on a billboard. When that happened on stream, Vinesauce quickly turned the in-game camera to a different direction, but the damage had seemingly been done already.

This rule exists so that some streamers don't abuse blatantly sexual mods for games, for example, naked Elves in Skyrim, or explicit sex scenes added to The Witcher 3. Still, it begs the question if cases like this should really be a punishable offence when it is clear that the mod is not about nudity per se.

Fortunately for Vinesauce and his fans because this is his first infraction, the suspension will likely not be longer than a day or two.