by Payton Nash
The roster will continue will play tomorrow but without representing an organisation. Dignitas announced today that they are dropping their male Valorant team.

The announcement comes as the team, which features Harrison “psalm” Chang, Noah “rara” Giesbrecht, Ryan “ryann” Welsh, Rory “dephh” Jackson, and Bryan “MAKKA” Drouillard, was set to play the first round of qualifiers for Stage 2 of the North American Valorant Champions Tour. 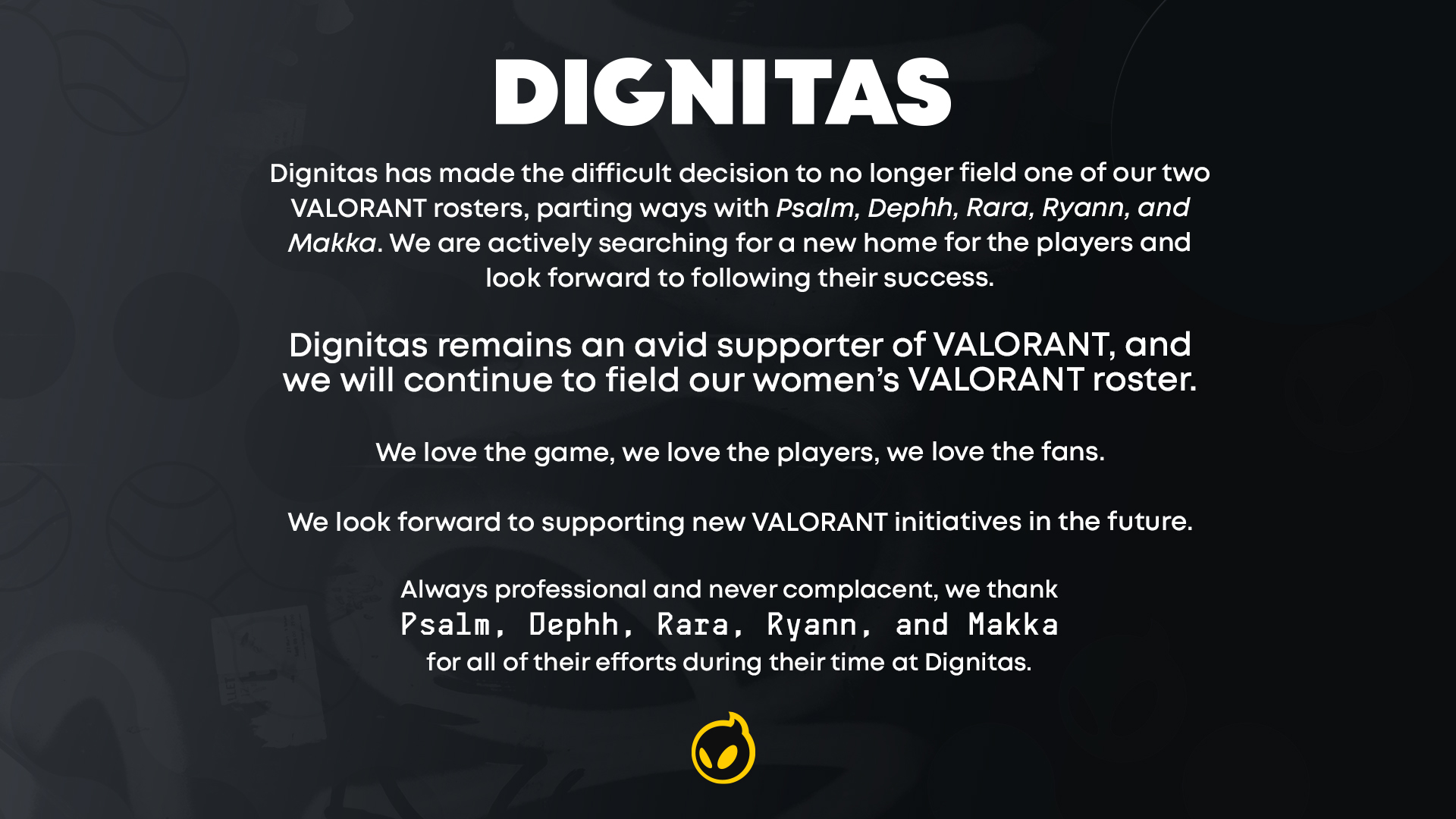 Since the announcement, the team’s in-game leader, dephh, has confirmed that they will still compete tomorrow but likely with a changed roster, with psalm and ryann to be replaced with Hunter “BabyJ” Schline and GianFranco “koalanoob” Potestio.

According to a report in Daily Esports, the organization was disappointed in the underperformance of the team,

The team struggled in the major tournaments, failing to make it out of the group stages of First Strike: North America and the Nerd Street Gamers Winter Championship, and falling to make it to the first Masters of the Valorant Champions Tour, it seems Dignitas have had enough.

Dignitas will still have a team in the Valorant esports scene. Dignitas W, the organizations’ women's team.