Chivalry 2: How to invite friends to multiplayer games

Wessel Minnie
Published: Jun 9th, 2021, 07:10
Here's a guide to inviting friends for some Chivalry 2 multiplayer action because epic medieval battles are simply better with some mates. With the iconic medieval battle simulator finally receiving a sequel after nearly a decade, players can jump into the full-scale battles of Chivalry 2 right now. While hacking off heads and stabbing opponents with medieval weaponry alone is fun, there's a good argument that Chivalry 2 is best played with friends. In this guide, we explain how you can invite friends to play multiplayer games in Chivalry 2.

How to invite friends in Chivalry 2

First of all, cross-play isn't enabled for Chivalry 2 at launch. However, the developer does have plans to add the feature soon.

Developer Iron Banner Studios explains: "Our team has worked to pivot to review the possibility of providing the feature of cross-platform parties as quickly as possible. It will not be available at launch on June 8, but the team hopes to bring it online in an update once a development timeline is established."

Therefore, at the time of writing, you can only invite friends on the same platform for some Chivalry 2 multiplayer games. 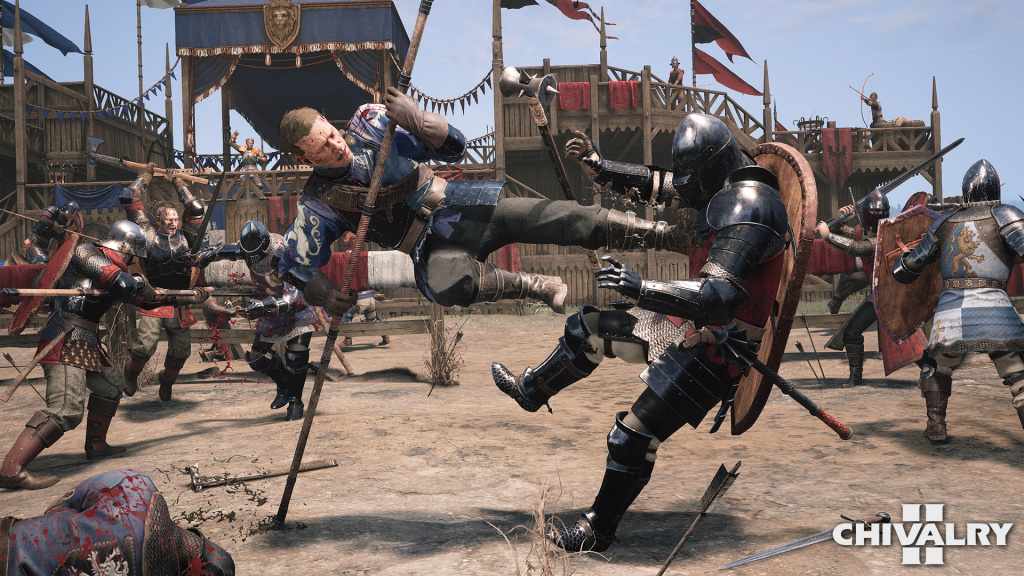 During the Chivalry 2 beta, players experienced some issues while trying to invite friends to a party. These issues have largely been fixed.

Chivalry 2 on PC has a server browser option, which makes coordinating which server to join with your friends an easy task. Consoles will also get this feature soon.

For now, you can invite friends by following the simple steps below:

If this doesn't work, and you know you have some friends playing Chivalry 2 online, restart your gaming device and try again. If the issue persists, wait for the next game update.

With cross-play coming soon, there will be even more options to play with friends. For now, all you can do is invite friends to play some Chivalry 2 multiplayer games on the same platform, by following our guide.