Clash of Clans Town Hall 14 is on the way

by Tousif Biswas
The new Town Hall will probably be arriving with the Clash of Clans Spring Update, the first major update of 2021. Published on April 7th, 2021
Earlier this week we reported about the possible arrival of Clash of Clans Town Hall 14. With all the hints Supercell had provided, it was all but confirmed that the game's next big update was just around the corner. And on 7th April, confirmation also arrived as the developers gave players the first look at Town Hall 14 via a teaser shared on the game's social media channels.

In the short video, we can see that the latest Town Hall has a jungle theme, with the buildings mostly green in colour. The Town Hall itself is a mix of violet and green. Although no other buildings have been showcased in the video, fans can expect their base to be turned green including the walls. 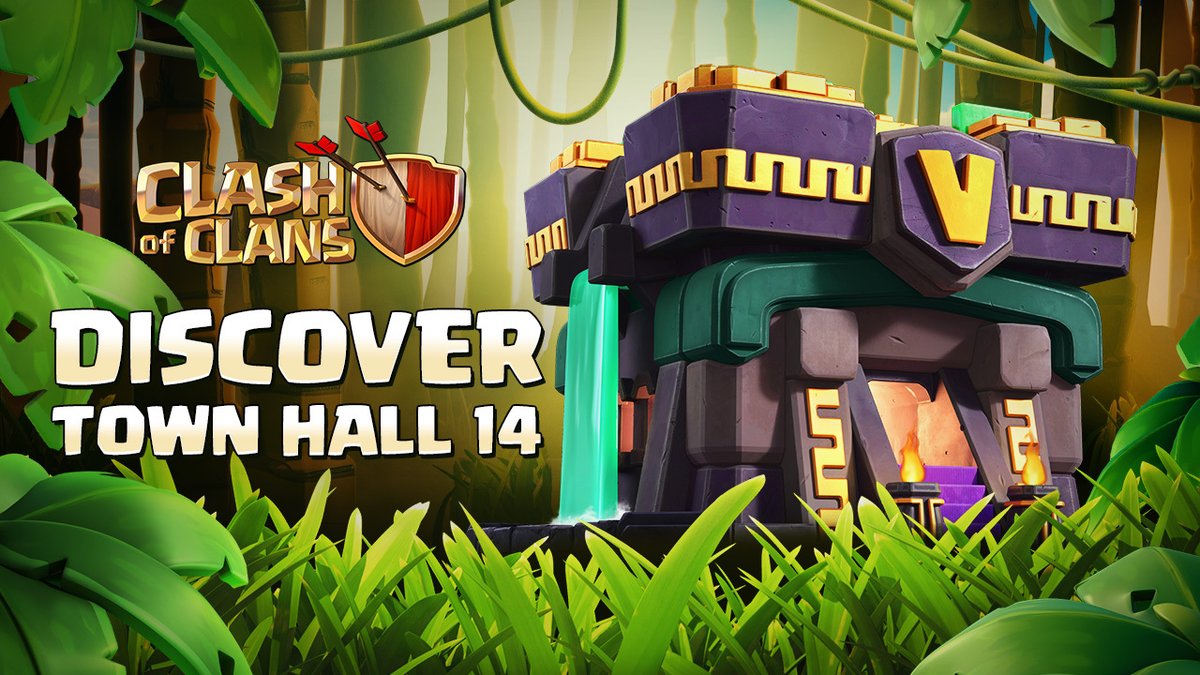 The basic details of Town Hall 14 were also revealed, they are:

Town Hall 14 has a Giga Inferno attached to it

Town Hall 14 will come with Giga Inferno which can be upgraded up to level 5. And once the Town Hall is destroyed, it will leave a Poison Bomb. 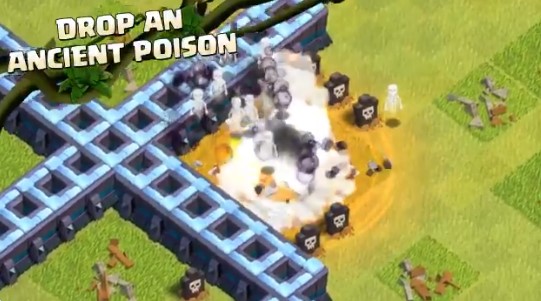 Like the normal Poison spell, this Poison Bomb will slow down the enemy and deal damage over time in that particular area.

Town Hall 14 will unlock a bunch of new stuff

Just like the older Town Halls, this new Town Hall will open up the road for a grind. 25x Wall pieces, 1x Air Bomb, 1x Seeking Air Mine, 1x Skeleton Trap, 1x Bomb, and 1x Giant Bomb can be placed after the Town Hall 14 upgrade. Other than these the following level upgrades will be unlocked,