by Alejandro Sandoval
Saber Interactive has finally revealed all details for their new co-op action game, based on the famous Evil Dead franchise. Published on June 10th, 2021
After being announced during the Game Awards 2020, Saber Interactive took the stage of the Summer Game Fest to release an extended gameplay cut for their next big launch, being an co-op action title based on the Evil Dead franchise.

Evil Dead The Game will feature some of the most iconic characters and scenarios from this supernatural horror saga, where players will have to work together as a team, exploring, looting, crafting, and finding key artifacts to seal the breach between worlds.

The title developed by Saber Interactive and published by Boss Team Games will feature co-op gameplay with up to four players, focusing both in PvP combat and surviving aspects, being an over-the-top experience for fans of the Evil Dead franchise and for those who love horror games like Dead by Daylight.

In the game, players can either become one of the survivors choosing any of the six main characters included, or take control of the powerful Kandarian Demon to hunt Ash and his friends while possessing Deadites, the environment, and even the survivors themselves as the Demon seeks to swallow their souls.

Survivors will also be able to discover more than 25 weapons, including Ash’s Gauntlet, Boomstick, and chainsaw, and advance in a variety of skill trees to grow stronger and survive in this fun co-op and PvP experience. 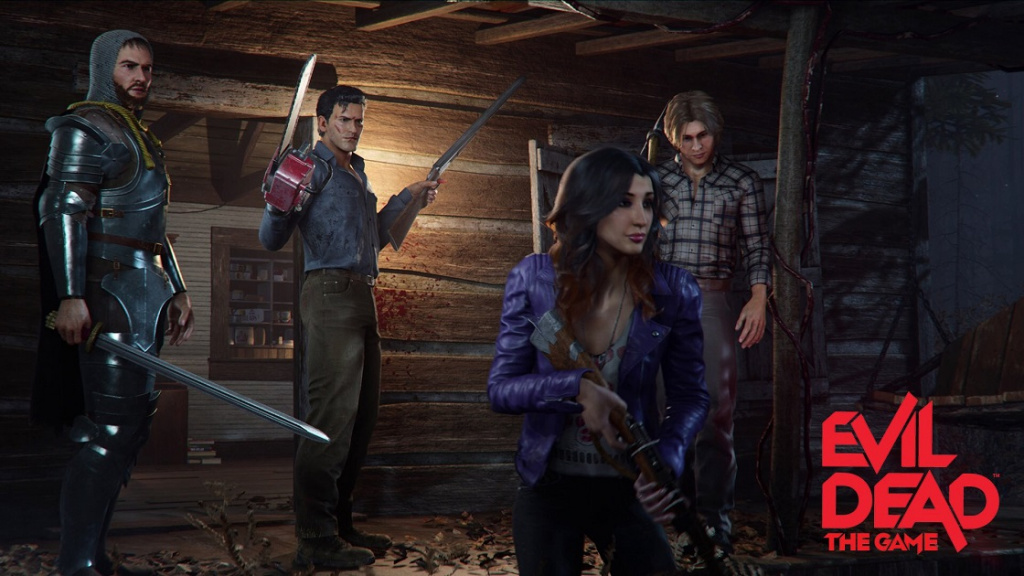 The roster of characters will feature Bruce Campbell as the voice of Ash Williams, Ellen Sandweiss as Cheryl Williams from The Evil Dead, Marcus Gilbert as Arthur from Army of Darkness, and Richard DeManincor as Scotty from The Evil Dead.

Joining the cast members will be Ray Santiago as Pablo Simon Bolivar and Dana DeLorenzo as Kelly Maxwell from Ash vs. Evil Dead.

“Plenty of surprises await in this gore-filled battle against evil that captures the characters, horror, humor, and action from the franchise. Players will battle across memorable locations including the infamous cabin in the woods, brought to life with tons of terrifying visuals and all-new dialogue from Bruce Campbell,” shared Saber during their announcement.

Evil Dead The Game will be released during 2021 on PC, PlayStation, Xbox, and Nintendo Switch.