Nikola Savic
Published: Jun 7th, 2021, 18:43
This new Medieval-themed RTS has shot to the top of the Steam charts - but what is it all about? Find out in our Gone Medieval explainer. What we love about Steam is that every so often it surprises us with some small indie gems which seemingly come out of nowhere and become huge hits played by tens of thousands of gamers.

This year we've seen that with survival RPG Valheim and this June Gone Medieval is on its way to become the next big indie hit.

Developed by a small indie studio Foxy Voxel from Novi Sad, Serbia, in this colony-building sim you will be tasked with rebuilding society from the ashes of dark ages and plague.

You will start with a small rudimentary settlement and progress all the way to huge medieval cities, with marvellous castles surrounded by impenetrable walls, as a sign of your prestige and success.

Of course, that won't be an easy journey, as many obstacles and dangers await you along the way, and that's where you will need to show your skills.

Let's check out everything that the game has to offer and what will come in the future. 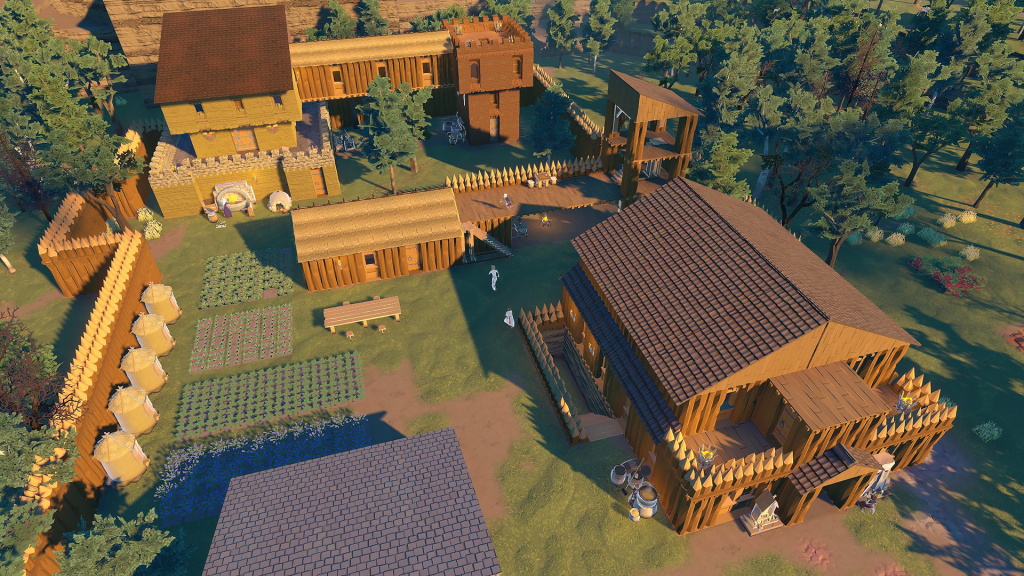 As we've already mentioned, Gone Medieval is a colony-building sim with a focus on the progression and development of your own settlement.

On 1st June, the game has been released in Early Access after a few years of development, and it already comes packed with features and gameplay elements.

At the time of writing, the game has the following systems implemented: building and crafting, combat and defence mechanics, villager behaviour and personalities, resource management, flora and fauna simulation, weather system, production systems, and more.

Developers emphasize that this is just a beginning and that there are still a number of advanced mechanics and features that are missing and are still being worked on, while systems that are already implemented are also subject to change, as they want to hear players feedback and apply changes as necessary.

During the several beta phases before EA, the game has received an abundance of new features, additions, and changes, like trebuchets, raiders, the ability to banish villagers, and much more. 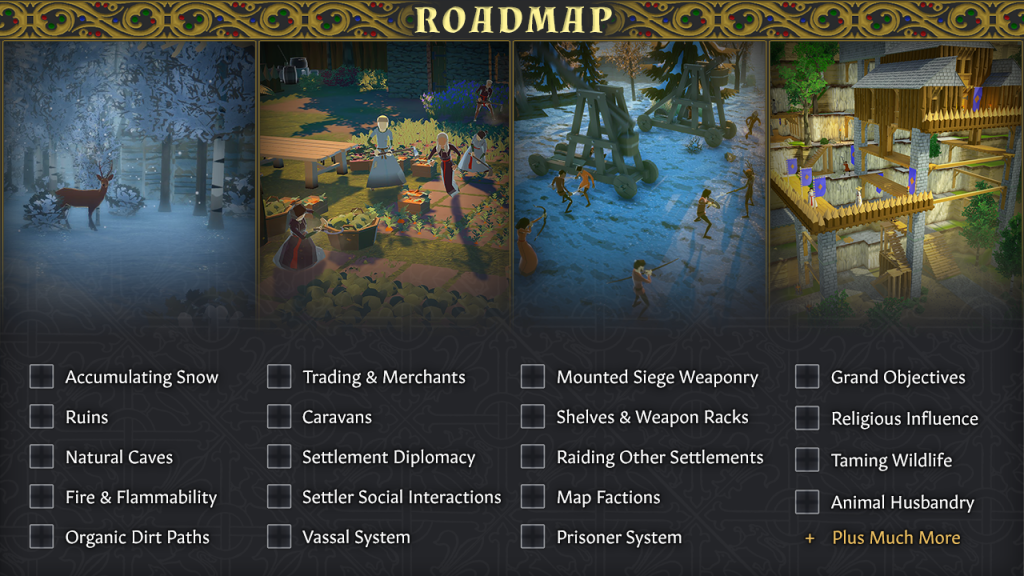 As far as developers are concerned, the start of Early Access is still far from what they would like the game to look and offer in its final form, and they have a myriad of new features planned to release in the upcoming months.

With the Early Access release,  Foxy Voxel has revealed their future content roadmap, with all new mechanics and systems they want to implement down the road.

The content updates are split into fours phases, but without firms dates when can we expect them to come into the game.

Going Medieval multiplayer: Does it have PvP? 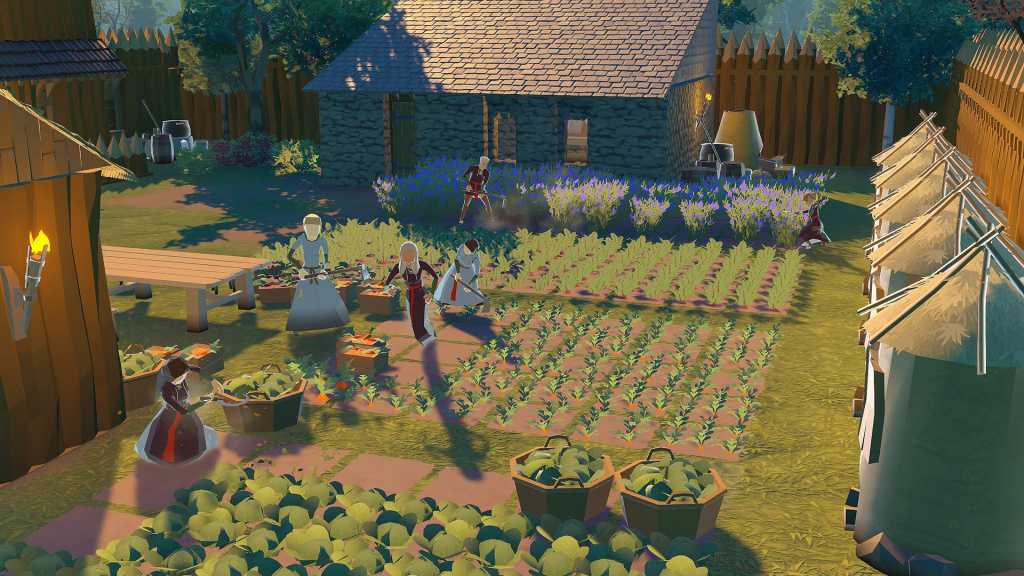 With most of the RTS games, one of the core experiences has always been to play against other players in a showcase of reflexes, strategy and multitasking capabilities.

With Going Medieval having such complex systems, players are naturally wondering if any form of a multiplayer mode would be added to the game.

Unfortunately for the PvP fans, Going Medieval currently doesn't have PvP or any other multiplayer, and according to the developers, they are not planning on adding multiplayer, as they are fully focused on a single players experience. Simply put, the game hasn't been balanced for multiplayer. 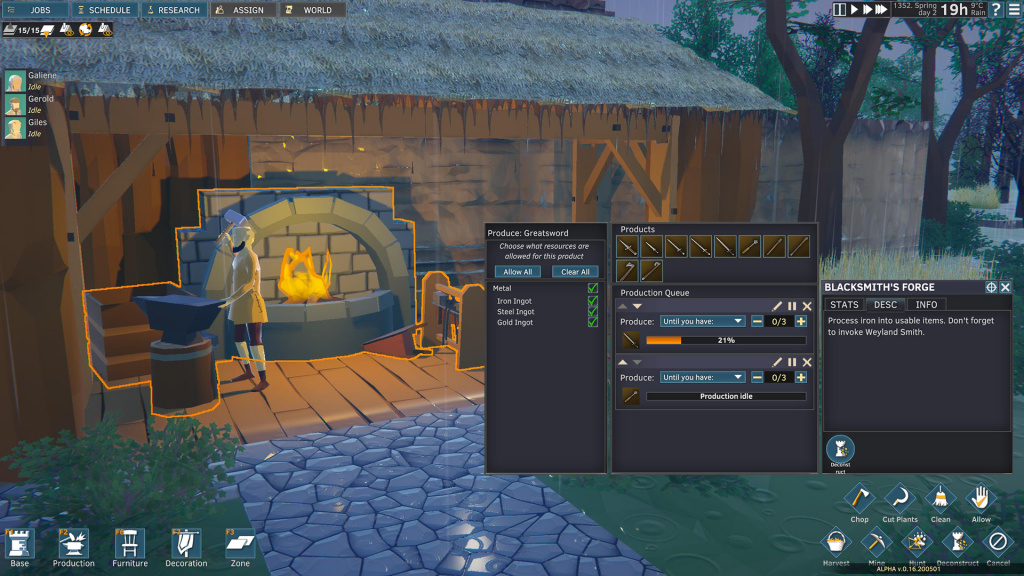 The Early Access has been released on 1st June 2021 on Steam, Epic, and GOG.

Currently, there is no exact date for the full release, but it is expected to be sometime in 2022.