Adam Starkey
Published: Apr 9th, 2021, 13:57
Goofs like fart buttons are dropped in Oddworld: Soulstorm for a cinematic reimagining, which stays true to the original’s challenging and often frustrating spirit. After being announced way back in 2016, it’s a relief Oddworld: Soulstorm has released at all. The success of remake Oddworld: New ’n’ Tasty afforded developer Oddworld Inhabitants a bigger budget and scope for this sequel, which after countless delays arrives at the start of a new console generation. There’s added expectation too, with creator Lorne Lanning’s hopes for a five-part series hanging on Oddworld: Soulstorm’s success.

The expanded vision is noticeable. If New ’n’ Tasty was a largely faithful remake of the 1997 PlayStation original, Oddworld: Soulstorm is an almost unrecognisable reimagining of its sequel Oddworld: Abe’s Exoddus. It takes locations as an inspiration and fleshes them out considerably with new levels, enemies and mechanics, so it’s practically a new Oddworld experience.

The most noticeable difference is the cinematic qualities. Oddworld: Soulstorm comes with lavish CGI cutscenes and levels dense with detail, like blimps which rain missiles from the background or navigating platforms on sandy speeding trains. The camera often pans over the environment to show objectives in the distance, creating a sense of scale no other Oddworld game has ever captured. It’s impressive, and with levels jumping from deserts, train stations, caves, and underground mines, there’s plenty of variety too. 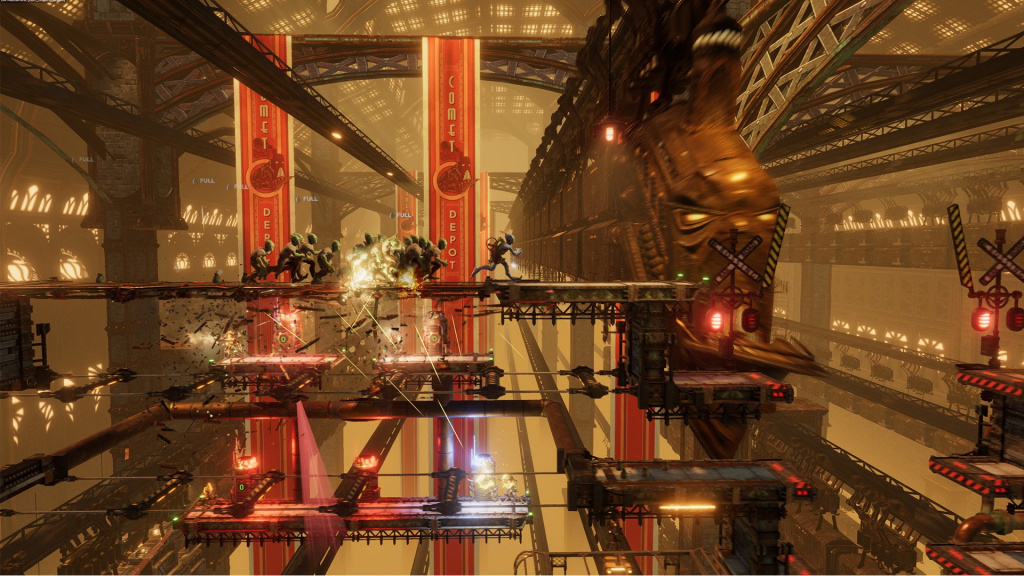 Oddworld: Soulstorm is the best realisation of Oddworld yet (Picture: Oddworld Inhabitants)

While a sequel to Oddworld: New ’n’ Tasty, it's easy for newcomers to pick up Soulstorm's story. Abe, fresh from rescuing his fellow Muskodon’s at RuptureFarms, ventures to take down the corporations keeping his race enslaved — with news of his rebellion sparking uprisings around the planet. It’s a compelling narrative with surprisingly weighty themes, complimented by the charming simplicity of the Muskodon’s themselves.

Along with keeping Abe alive, you’re tasked with saving Muskodon’s scattered throughout; escorting them past creatures, deadly traps and finding portals to bundle them to safety. How many you save (or get killed) within a level contributes to a Quarma rating system which feeds into the game’s multiple endings, while you also earn different medals for repeatedly doing activities like scavenging or finding secret areas.

It means there’s plenty of incentive to explore. Levels become more expansive as you progress, with branching pathways often housing Muskodon’s to save in separate challenge areas. You can play Oddworld: Soulstorm as a straight-forward 2D platformer, but it’s more rewarding to try and guide as many Muskodon’s to safety as possible — especially as the rag doll physics and gore can be comical when they collide with oscillating saws or machine gun bullets. 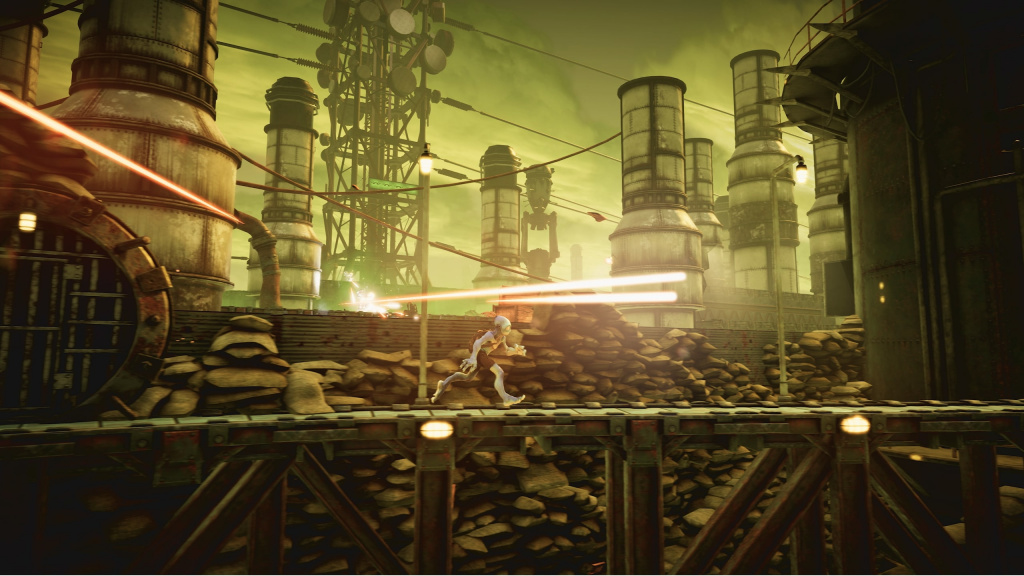 In the past, stiff controls gave Oddworld games an expectation of frustration tied to the design. Here, Abe’s movements are more responsive — aligning it with platformers like Little Nightmares and Limbo. Abe has a double jump for the first time ever too, which feels silly to celebrate, but goes a long way to upping the pace. Coupled with a generous checkpoint system, and Soulstorm feels exactly how an Oddworld game should play in 2021.

There’s unforgivable frustration however in the buggy AI. I’ve had times where enemy behaviour hasn’t been consistent, or they’ve become stuck, which forced me to reset. Certain sections like the blimp attack and later boss battles are poorly designed too, punishing players with random elements and puzzles which feel reliant on cheesing mechanics. It doesn’t happen frequently enough to spoil the overall experience, but it does undercut the replayability of certain levels which are bogged down with inconsistent design.

A new mechanic for Oddworld is crafting, where you can create items like mines and smoke screens from materials found around levels. These often feel tailored to certain sections, with plenty of detergent for smoke screens in the environment, for example, when you need them to progress. You are free to experiment with other items at your disposal, like flares and flammable brew bottles to torch enemies, but the freedom is limited due to the sparse and specific resources in each level. It doesn’t help that your backpack where items are stored is emptied after each level too, making crafting a largely superficial exercise with little flexibility.

Oddworld: Soulstorm also has a tendency to over-explain itself. The cutscenes at the start of each level are interrupted by boards which explain the objective, only to have a display which dictates the exact same thing a short walk away. It’s the same with new mechanics, and while it’s your choice to interact with these boards, there’s an instinct to check in case there is a useful tip stashed on them. It’s a minor annoyance, yet I wished there was more faith from the developers to let players figure things out without repetitive interruptions.

There’s plenty to love about Oddworld: Soulstorm, but it’s a recommendation bundled with caveats. The occasionally bad design and frustrating bugs hold it back from the blockbuster Abe adventure it strives to be, but if you can stomach the annoyances, there’s a compelling, puzzle platformer here which breathes new life into Oddworld’s charms.