Wessel Minnie
Published: Jun 9th, 2021, 11:23
Watch Lirik show off his immense skills in Chivalry 2, as the Twitch streamer destroys four people at once with some intense and brutal medieval combat. Saqib Ali Zahid, better known to his 2.8 million followers on Twitch as Lirik, is playing the brutal, medieval battle simulator, Chivalry 2, and doing extremely well. Known for playing a variety of games and not building a large follower base by jumping into a hot tub, Lirik has once again shown off his skills in a recent Twitch stream.

It is always great to see these types of skills on display, especially from Twitch streamers. In his latest stream, Lirik managed to best four players without any help, dropping the jaws of thousands of fans in the process.

Chivalry 2's combat is unforgiving, and one mistake can cause your death, faster than you can say "Night gathers, and now my watch begins", a little Game of Thrones reference for those who don't know.

When you are in a one-on-one or maybe against two players, it's already difficult to survive. However, three or four opponents should lead to a Chivalry 2 player's death. 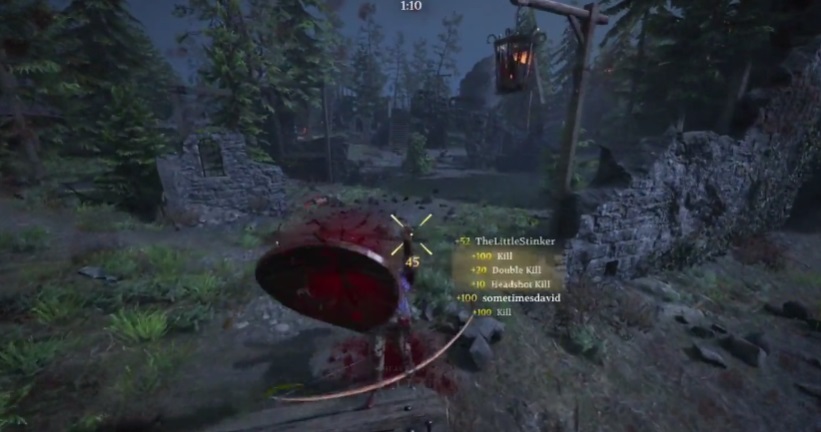 Lirik managed to block, parry and dodge his way out of an epic battle to destroy four other players at once.

Our favourite moment is when Lirik throws his shield at a player using a bow, knocking the enemy down with pinpoint precision.

Check out a clip of this incredible moment below.

Without a doubt, this was an impressive display of skill from Lirik. By the looks of it, the Twitch star will be playing a lot more Chivalry 2 in the future.

If you want to watch his full, most recent stream, which lasted over seven hours, go right ahead as we've embedded it below.

King Lothric - First Of His Name, Slayer of Pepega, Rightful Heir To MALUL's Throne - lirik on Twitchlirik went live on Twitch. Catch up on their Just Chatting VOD now.Twitch

Chivalry 2 is out now on PC and consoles. It's a brutal combat sim that doesn't hold your hand at all, which makes Twitch star Lirik's showing even more impressive.

For more on the top Twitch content creators, from drama to the hot tub meta and much more, check out our dedicated section.