Who is the Stranger in God of War? 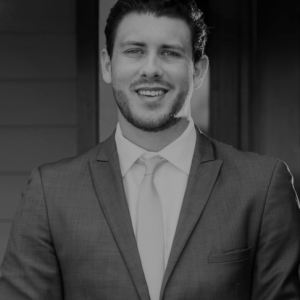 Joseph Carr
Published: Jan 17th, 2022, 18:31
God of War begins without answering one of the biggest questions of the game. If you’ve played the first 30 minutes of God of War, then you’ve likely already encountered the Stranger. This tattooed man knocks at your door at the beginning of the game and immediately challenges Kratos to a fight. At first, it seems like the man won’t be able to touch Kratos, given his frame, but it’s soon revealed that the Stranger is one of the toughest foes Kratos has ever faced.

Throughout the fight, the Stranger reveals that he cannot feel any pain. This is not what you want to hear in a fight to the death, but Kratos manages to get away from the Stranger by snapping his neck. While the fight itself is confusing, players are often more puzzled by who they just fought.

For an answer on who the Stranger is in God of War, keep reading below. There will be minor spoilers but nothing about the overall plot of God of War.

The Stranger in God of War

Shortly after Kratos and Atreus venture off for the top of the mountain, the Stranger’s identity is revealed. Kratos asks Atreus whether his mother told him about any Norse gods. Atreus answers yes, talking about Thor, Odin and others. However, he also says that a god exists that cannot feel any pain, named Baldur.

Atreus says that Baldur is the son of Odin and Freya. Odin is the Allfather of the Aesir, ruling over the nine realms, while Freya is his former queen. If you’ve made it to the end of God of War, then you know exactly how the relationship between Baldur and his parents works.

In short, the Stranger is the Norse god Baldur. The reason behind Baldur’s inability to feel pain is is revealed later in the story. It’s also revealed why Baldur is hunting down Kratos and Atreus later on.

There’s much to uncover when it comes to Baldur, so if you haven’t made it far in God of War, be prepared for a rollercoaster of emotion and other questions.