Wessel Minnie
Published: May 30th, 2021, 10:03
The World of Warcraft community has lost a legend, as famous addon creator Sylvanaar has died. If you've ever used Prat, Addon Control Panel, or WoW Instant Messenger (WIM) in World of Warcraft, then you've experienced the amazing work of Sylvanaar, a legendary WoW addon creator. Jon S Akhtar, also known as Sylvanaar by the World of Warcraft community, has died, after changing the daily lives of citizens of Azeroth with his incredible addons for over a decade.

It is with deep regret that we report the passing of Jon S Akhtar, an alumnus of the University of Texas in Austin, and a principal mobile app developer.

While the exact cause of death has not been shared, the WoW addon community is morning his passing as is evident by the comments on WoWHead's announcement of the tragic news. 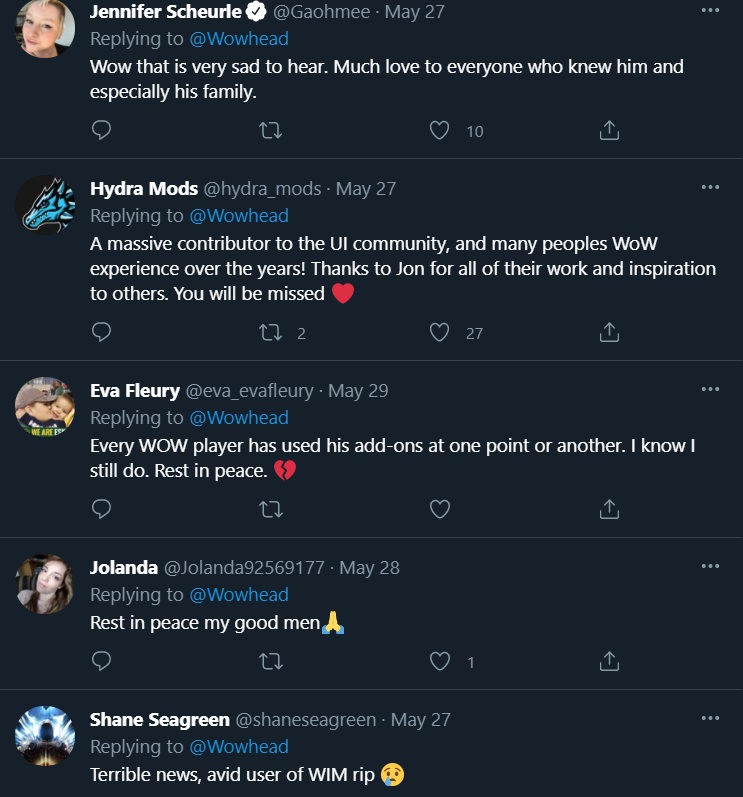 Sylvanaar's WoW addons helped countless players, as they improved the World of Warcraft UI by miles.

With close to 50 million downloads on Curseforge, Sylvanaar's addons were a blessing for the community. He is best known for Addon Control Panel, WoW Instant Messenger and Prat, three addons that many players can't go without.

One user on Twitter shared a story about the impact Sylvanaar's WoW addons had, explaining:

Sylvanaar was a constant presence in the WowAce days. I remember testing the IntelliJ Lua debugger feature with him on IRC. Prat is an essential addon and dev tool. When it broke, the WoW servers even had to rollback the change because so many players were using it.

Our condolences go out to Sylvanaar's friends and family. It remains to be seen if Blizzard will honour Sylvanaar with, for example, an NPC in the game at one point or another.

Check out our dedicated section for World of Warcraft, featuring news, guides and more.