What is Mythic+ Dungeon Rating in Shadowlands' Chains of Domination patch?

by Chadley Kemp
The World of Warcraft Chains of Domination patch has fans riled up in anticipation of its launch. But what is Mythic+ dungeon rating system all about? Published on June 15th, 2021
World of Warcraft fans were no doubt excited when the first big update for Shadowlands was announced by Blizzard, earlier this year. The patch, entitled “Chains of Domination”, brings along with it a bundle of new content updates, including flying, a new raid, zone and covenant armour; and mega-dungeon. More recently, Blizzard has announced the introduction of a Mythic+ dungeon rating, which strives to enable players to better gauge their skill; and to prepare for other challenges found in the Mythic+ dungeons.

What is Mythic+ Dungeon Rating?

For those unfamiliar with the term, “Mythic+'' refers to the World of Warcraft dungeon system, which endlessly scales in difficulty, depending on the dungeon's level. The higher the level of the dungeons, the harder they are to complete.

Of course, players challenged with higher Mythic+ dungeons are rewarded with equally higher level loot. This makes them attractive challenges for more experienced players to attempt to complete. The challenges are timed, but are more lenient to emphasize the skill in execution of the raid, rather than the speed. 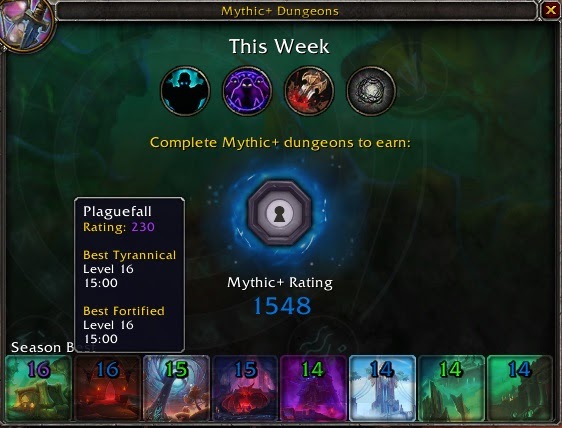 With the introduction of Mythic+ dungeon ratings, Blizzard indicates that players can “take charge of their own progress and see how well they’re performing”. Players will be able to view their personalized rating scores within the Group Finder(I) user interface, underneath the Mythic+ dungeons tab, within the game client.

Players will also be able to view the Mythic+ rating of group leaders in the Dungeon Finder. This addition is great news since it will allow players to make more informed decisions on which groups they want to join. 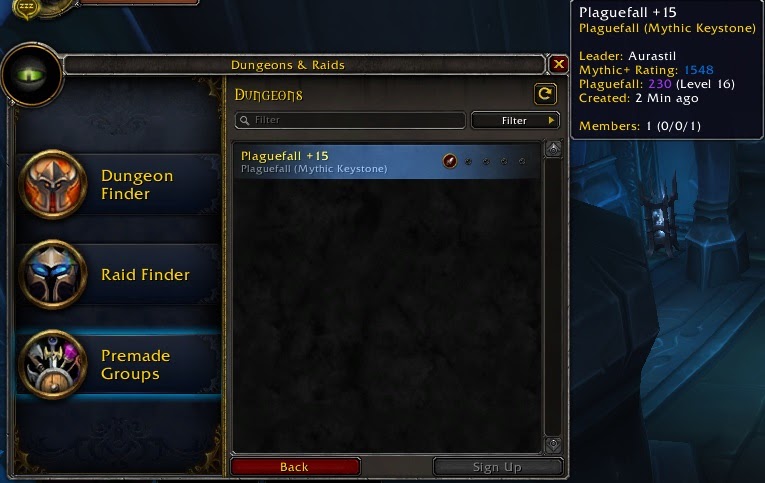 It may also equip players with the option to join groups that are of a similar level to theirs, to avoid potentially disastrous runs. Likewise, group leaders will be able to view the Mythic+ ratings of all incoming requests, prior to them joining the group.

How to increase your Mythic+ rating in Shadowlands

Naturally, you can improve your Mythic+ ranking by completing new dungeon challenges or by beating your time in previously explored dungeons. Blizzard explained that completing a key will provide a rating that is based on three factors, listed below.

An additional feature, which may pique the interest of many players is that: if anyone in the group improves their rating during a run, then everyone will earn bonus Valor Points. This is a great incentive for more experienced players to assist lower-ranked players during their runs.

Players will also be able to maximize their ratings by completing dungeons on both Tyrannical and Fortified, as they work through the dungeon system. Blizzard also indicated that Mythic+ ratings will reset at the end of each season. 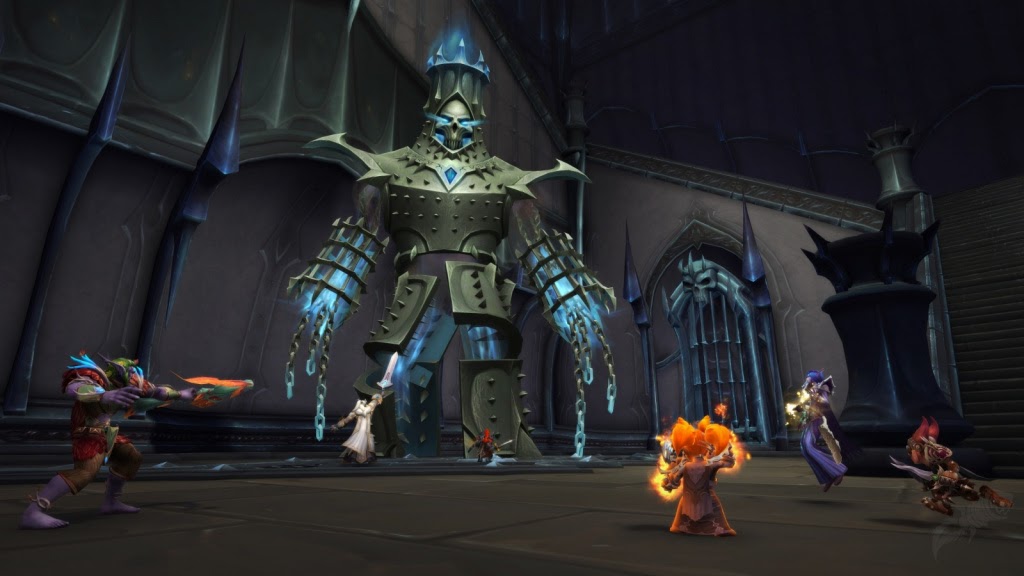 For those who are unaware, the World of Warcraft mod, “Raider.IO” was already in use by many WoW players. The mod allowed players to view their Shadowlands Mythic+ score, as well as their raid progress. Fans have long requested that Blizzard implement its own in-game rating system, subsequently cutting out Raider.IO as the middleman; and it seems that they have. Well played on listening to the community, Blizzard!

Indeed, the new scoring system is a great addition to the upcoming Chains of Domination patch and will allow players to explore even further into the Mythic+ dungeon system. But what are your thoughts? Are you pleased with Blizzard’s latest addition, or do you think it will provoke elitist or toxic gameplay? Let us know by tweeting us at @ginxnews or @ginxtv on Twitter.

Don't forget to check out our dedicated World of Warcraft section for news, guides and much more.