by Adam Starkey
Blizzard has revealed details of their 2021 esports plans for World of Warcraft, including changes to the Arena World Championship format. Published on December 14th, 2020
World of Warcraft esports is set to undergo some format changes in 2021 across the Arena World Championship and Mythic Dungeon International.

For the Arena World Championship (AWC), there’ll be two seasons of PvP World of Warcraft which will culminate in the AWC: Shadowlands 2021 Grand Finals in the autumn.

Players in Europe and North America can sign up for Season 1 open cups now on GameBattles, where players will compete for points and a $10,000 prize pool per cup. The top eight teams with the most points after four cups will qualify for the Circuit stage.

The Circuit consists of a four-week round robin and total prize pool of $160,000. The top four teams from each region in this stage will advance to the Season 1 Finals, and their chance to win a share of the $200,000 prize pool. 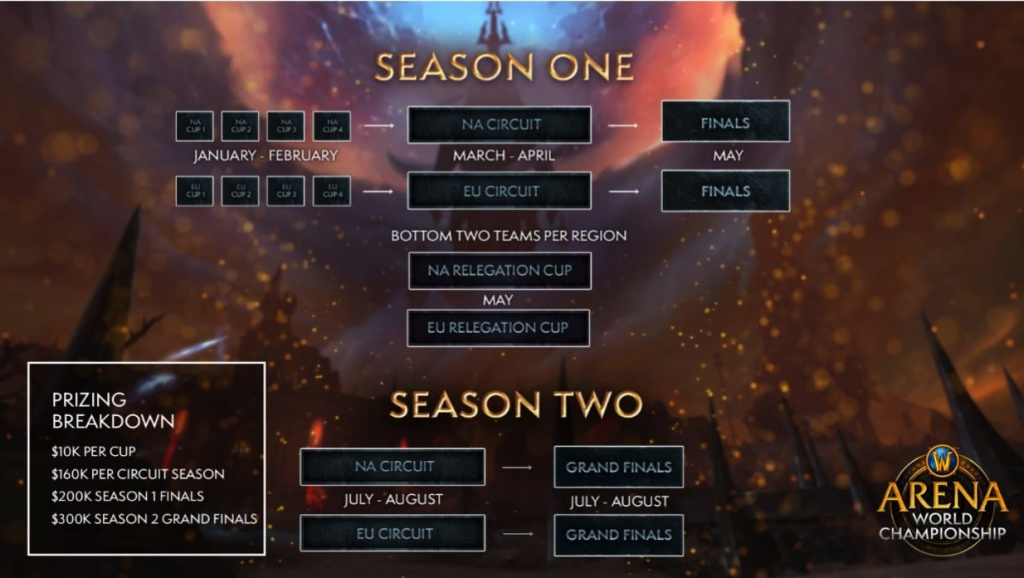 The Season 2 Circuit will pan out the same as Season 1, although the four teams that advance to the finals will be competing for an increased prize pool of $300,000 and the title of AWC: Shadowlands Grand Finals Champions.

For the Mythic Dungeon International, Blizzard is separating China into its own regional program while the rest of the world will compete in a global event spanning two seasons.

Each season will consist of four cups. Teams can register for these through Time Trials, where the top eight teams globally each week will advance to an MDI cup. After four cups, the teams with the most points will qualify for the Global Finals, consisting of the top 6 six teams from the global program and two more from the dedicated China MDI season. 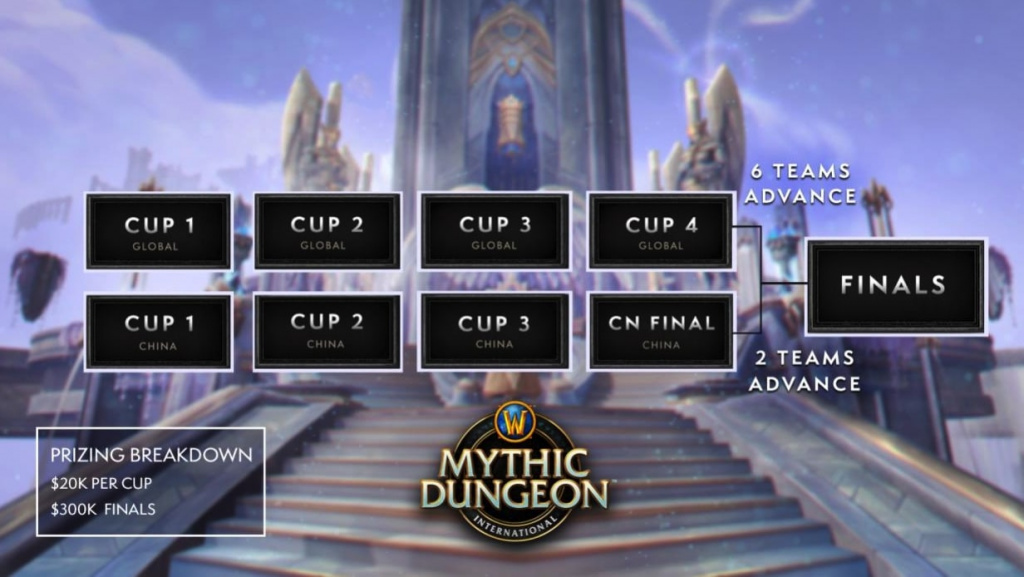 These eight teams will battle it out for the title of the MDI Global Champion and the lion’s share of the $300,000 prize pool. You can sign up for the first MDI season now on GameBattles, which is set to start on 14th January 2021.

World of Warcraft: Shadowlands is the eighth expansion pack to Blizzard’s huge MMORPG which released in October this year, bringing a wealth of a new dungeons.

You can register for the Arena World Championship and Mythic Dungeon International 2021 seasons on GameBattles now.