by Wessel Minnie
YouTube star MrBeast has created a new YouTube channel where 100% of revenue goes towards charity. Published on March 27th, 2021
Jimmy "MrBeast" Donaldson is one of the most famous YouTube stars out there, with 55.9 million subscribers on his main channel. He is known for his bonkers YouTube stunts, where he spends a mind-numbing amount of money, give to charity, and give lucky fans some massive prizes. He even opened 300 restaurants across the US and even offered an opportunity to launch to send pictures to the Moon. Now, MrBeast has launched a new YouTube channel with 100% of profits going towards charity.

While MrBeast has been heavily involved with charities in the past, the new Beast Philanthropy YouTube channel takes the cake.

At the time of writing, the Beast Philanthropy YouTube channel already has 1.9 million subscribers, a number most YouTubers could only dream of.

There's only one video up on the channel, where MrBeast discusses the channel, noting that "100% of the revenue on this channel goes straight into our food pantry and I can't wait to see how big we can grow the charity."

In the video which you can view below, MrBeast revealed that the Beast Philanthropy YouTube channel will really be all for charity, and even revenue from the merchandise as well as brand partnerships will go to charity.

MrBeast continues by explaining why he started his own charity: In general, I enjoy doing good things which is why I started my very own charity and 100% of the revenue from this channel will go towards funding it."

In the video, MrBeast further shows off how this food pantry looks and already stores over 50,000 pounds of food which he donates to communities in need on a weekly basis. 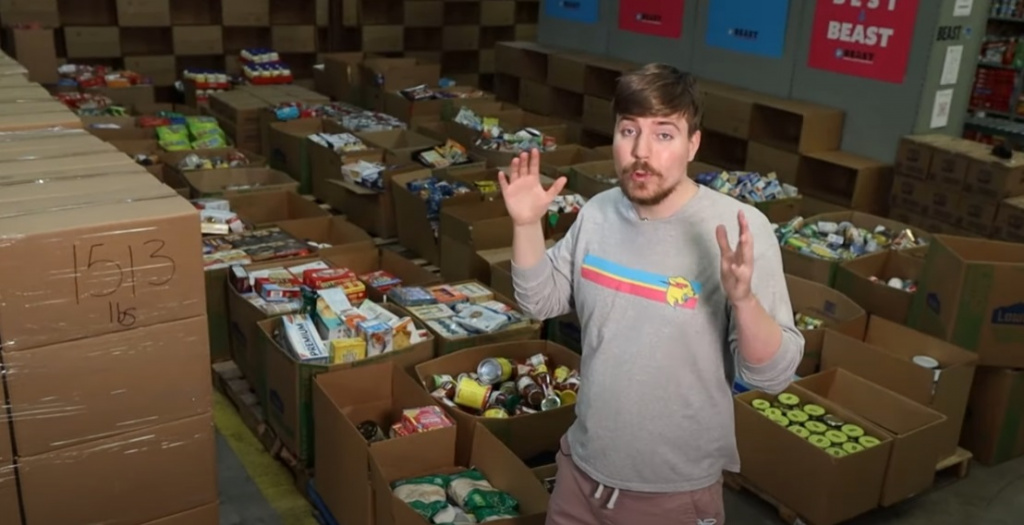 According to the head of operations of Beast Philanthropy, the pantry can feed millions of people per year...

The Beast Philanthropy channel will literally be putting food in people's mouths with every YouTube view, and we are excited to see how big it can grow.